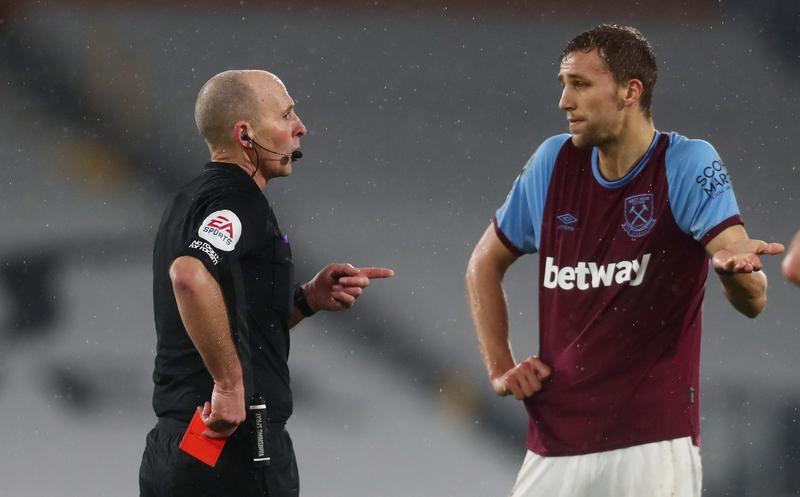 The Football Association has overturned the controversial red card awarded by referee Mike Dean to West Ham’s Tomas Soucek against Fulham on Saturday.

Recall that the goalless draw against Fulham was marred by the controversial decision by Dean as it appeared that there was no intent behind Soucek’s contact on Fulham striker Aleksandar Mitrovic’s face.

The Hammers had filed a suit on Sunday, claiming wrongful dismissal, and it was upheld on Monday by an independent regulatory commission which confirmed that there were sufficient grounds to remove the suspension, according to Sky Sports.

The Czech international was at risk of a three-game ban for violent conduct which would have forced him to sit out the Hammers’ FA Cup fifth-round tie against Manchester United on Tuesday, as well as their Premier League games against Sheffield United and Tottenham.

The decision has since become Dean’s second to be overturned by the FA in four days after Southampton similarly won an appeal over Jan Bednarek’s dismissal against Manchester United.

“Tomas Soucek will be available for West Ham United FC’s next three fixtures following a successful claim of wrongful dismissal.

“The midfielder was sent off during a Premier League fixture against Fulham FC on Saturday for violent conduct,” the FA said in a statement on Monday.