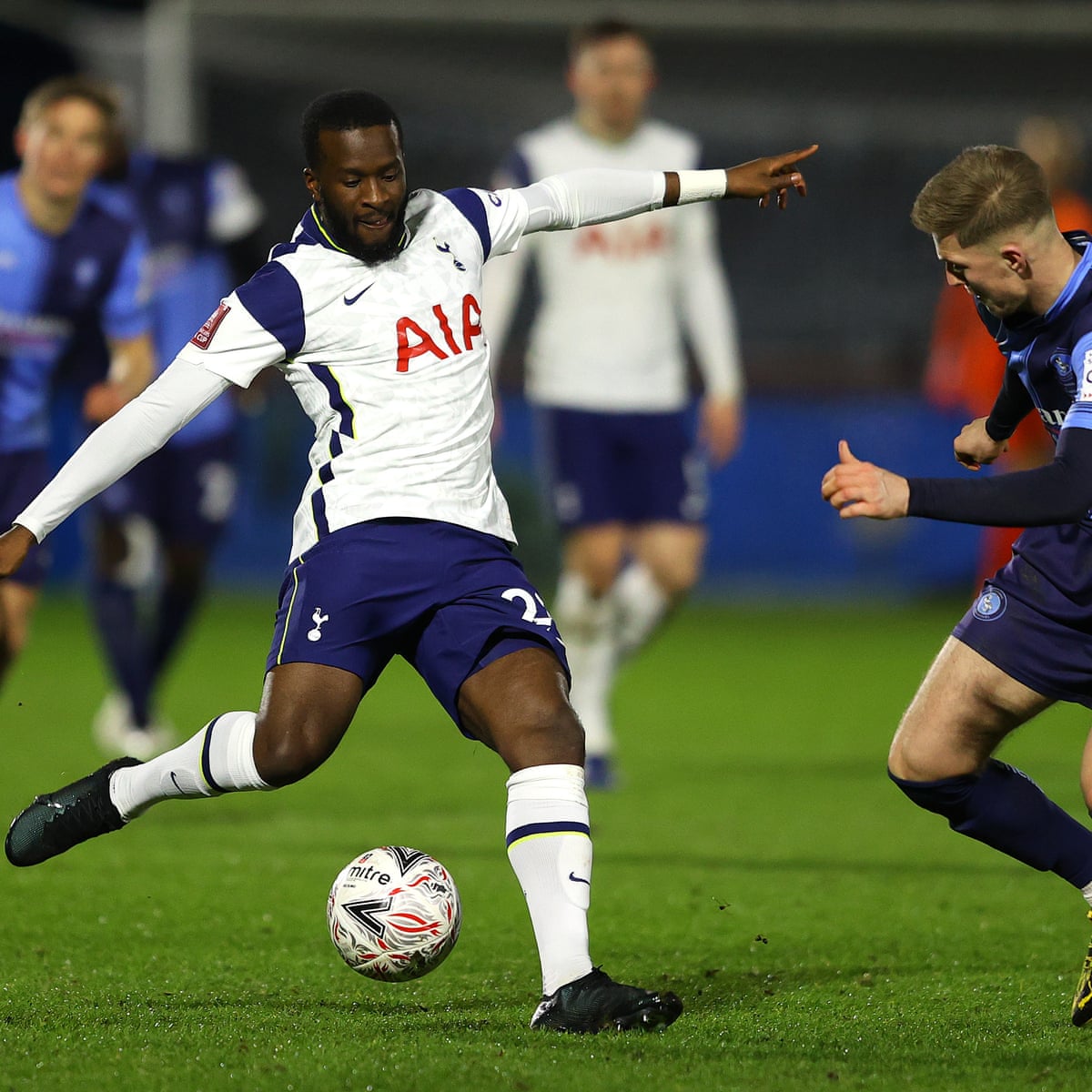 Tottenham Hotspurs broke the stubborn resistance of Championship side, Wycombe, with a 4-1 win as Tanguy Ndombele bagged a brace in the FA Cup fourth-round clash.

Jose Mourinho’s men fell behind to a 25th strike Nigerian Fred Onyedinma despite Spurs’ dominance in the game and they held the lead until Gareth Bale spared the blushes of the visitors with a late first-half strike.

Spurs’ efforts to break the defiant Championship bottomers lingered into the later part of the second half, forcing Mourinho to introduce Harry Kane, Ndowmbele as well as Son Heung-Min, in attempt to steal the win.

The subs paid off as Kane’s effort from a Ndombele strike exposed Wycombe’s keeper, Ryan Allsop, leaving Harry Winks with an open net to slot in his clinical finish.

Super-sub Ndombele then went on to bag his brace in the 87th and 90+3′ minutes respectively, to set up a fifth-round encounter with fellow Premier League side, Everton.
MORE READING!  NPFL: Sunshine Stars, Heartland FC draw 1-1 in Akure
Related Topics:FA CupTottenhamWycombe
Up Next