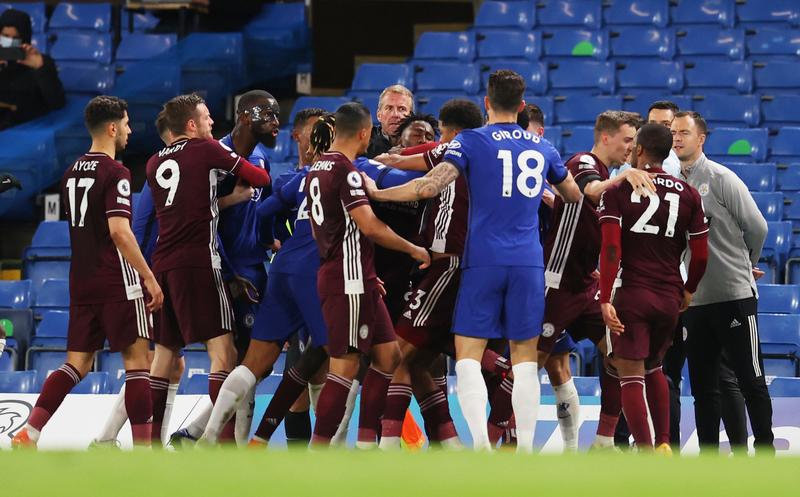 The English Football Association has charged Chelsea and Leicester City for failing to control their players/staff during a clash at Stamford Bridge on Tuesday.

The intense encounter was fuelled by the 1-0 defeat of Thomas Tuchel’s side by Brendan Rodgers’ Foxes in the FA Cup final last Saturday.

Recall that Daniel Amartey drew criticism from Chelsea fans after he was caught in a viral video throwing a Chelsea pennant in the changing room as the Foxes celebrated the cup win, thanks to Youri Tieleman’s super strike.

Although Chelsea got their revenge with a 2-1 win at the Bridge, players from both teams were involved in an injury-time altercation on Tuesday after Ricardo Pereira caught Ben Chilwell towards the end of the second half.

Evening Standard reported that Amartey – an unused substitute – was booked for his part in the row.

The FA is now looking to hammer down on both teams for the altercation and they have until May 25 to respond to the FA’s charge.

“Chelsea FC and Leicester City FC have both been charged with a breach of FA Rule E20.1 following their Premier League fixture on Tuesday 18 May 2021.

“It is alleged that both clubs failed to ensure their players and/or club officials conducted themselves in an orderly fashion and/or refrained from provocative behaviour during the 93rd minute.

“Chelsea FC and Leicester City FC both have until Tuesday 25 May 2021 to provide their respective responses.”

Related Topics:ChelseaFALeciester City
Up Next

Messi to miss Eibar game, may have played final match for Barca