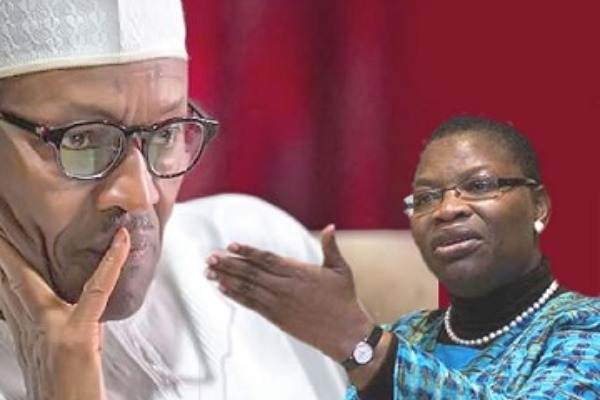 Former Minister of Education, Oby Ezekwesili has knocked the President, Major General Muhammadu Buhari (retd.), for saying he won’t allow a repeat of the EndSARS protests.

Buhari made the statement during a meeting with the National Security Council (NSC) in Abuja on Tuesday.

Reacting to the statement, Ezekwesili said that the citizens of Nigeria will not allow Buhari to destroy the country’s democracy.

According to the former minister, protests are legitimate rights of citizens in a Democracy.

“We the citizens of Flag of Nigeria will also not allow you destroy our Democracy, @MBuhari. Please ask for the Constitution and be guided. Protests are legitimate rights of citizens in a Democracy, @NGRPresident. Our Democracy was hard-won. And we shall defend it.”

I rejected offer to be Buhari’s VP, says Oby Ezekwesili