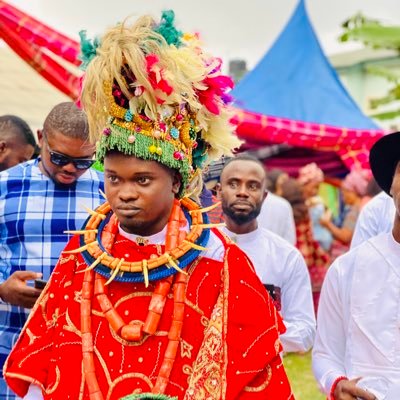 If you are a woman and you are fond of tagging yourself as expensive, Nigerian Twitter user, @Chief Hydra wants you to know that you are broke, hence, the need for the ‘expensive’ tag.

According to @Chief Hydra, women who say they are expensive to maintain are just broke women who are materialistic and looking for rich men to feed off of.

He went further to state that wealthy women do not tag themselves as expensive rather they call themselves rich women.

“‘Expensive women’ are basically broke women who are materialistic and are looking for rich men to live off on. 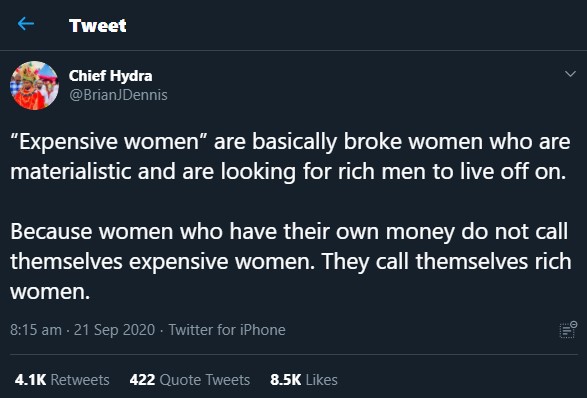