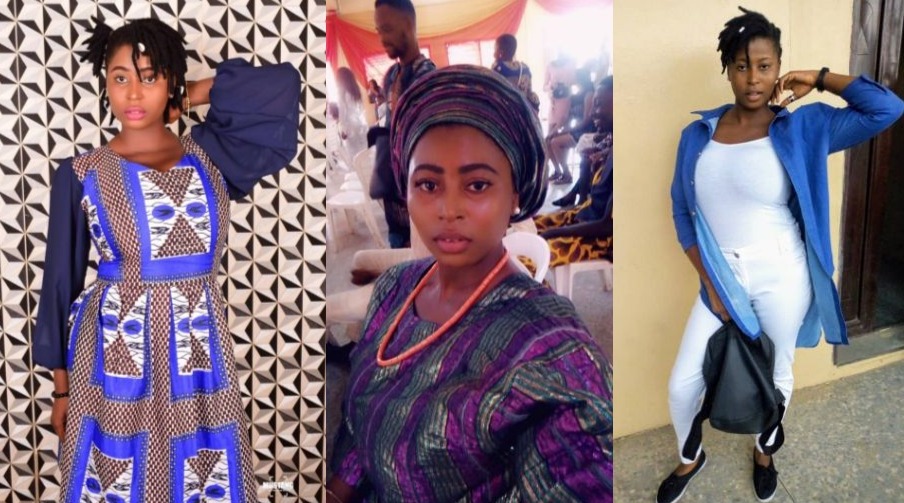 Fast rising Nollywood actress, Oluwatobiloba Odukoya otherwise known as ‘Aina’ for her role in comedy-drama series ‘Aina and Babalandlord’, spoke with Temitope Adetunji and Michael Orodare about her acting career, coping with fame and her Nollywood prospects. Excerpts.

Take us through your sojourn into the movie industry:

To be realistic, my acting career started right from my childhood days, I can vividly remember how I started acting in front of my mirror at a very tender age. Though, at that point I had no clue of what I was doing, neither did I know that the engagement was called a Monologue. I freestyled different roles as it comes into my innocent mind.

However, my journey into acting became serious in 2011. Then I was in senior secondary school and I already knew what I wanted, I joined the drama club in school, I was also on the lookout for other acting opportunities. I never relent in my quest for acting because it is what I love.

How many movies/series have you featured in? Which can you describe as your best so far?

I have featured in about four movies. Among these movies, my best is Simpson. It’s a movie produced by Emmanuel Ola-Abraham.

Are you currently working on any project?

Yes, I am currently working on a comedy series titled “Aina and BabaLandlord”. It is an episodic comic drama on social media,the whole idea was conceptualized by me and my partner (Victor Familugba) in our final year in school. The series centres around Landlord and tenants issues.

Who do you look up to as a role model in the industry?

I have quite a number of people I look up to as role models in the industry. But to mention a few, the likes of Woli Agba, Funke Akindele and Bukunmi Adeshina. I love their success story, they inspire me a lot.

How have you been coping with the celebrity lifestyle?

I am coping fine. It is nice. Especially when fans call my name on the street, I am always dumbfounded at first, later I regain consciousness and remind myself that I am a celebrity and it is a normal activity. I am always cool with my fans and respond to them because without them I won’t be where I am today. Glory be to God for His grace.

MORE READING!  I'm bigger than celebrities who insulted me in the past - Bobrisky

What do you consider as your biggest achievement so far and where do you see yourself in the industry in the coming years?

My biggest achievement is my current project “Aina and Babalandlord” comedy series, it gave me an identity. The name Aina has become a brand. Like I said earlier, the feedback is massive and I am not ready to relent. I am using this medium to tell my fans that more creative acting prowess will be unveiled. They should anticipate.

Also, I am very optimistic and I see myself working with my role models. I am interested in producing meaningful contents.

What inspired the drama series ‘Aina and Babalandlord’?

A lot of things inspired the comedy series, I and my partner wanted to go into a different concept, one way or the other we have experienced Landlords ill-treatment, hike in rent, abuses, yelling etc.

Who among the A list actors do you look forward to work with?

I look forward to working with my role models as I have mentioned earlier. Funke Akindele, Woli Agba etc.

There have been a series of allegations against movie producers (in Nigeria and overseas) over how they sexually harass actresses, especially new entrants into the industry. Have you ever experienced this?

To call a spade a spade, I haven’t experienced such, but once I noticed any cunning or sexual move towards me, especially in the industry, I will immediately cut off the relationship and assistance from such person.

What are the innovations and improvements you would like to bring into the industry?

Improvement in terms of storyline. And adequate planning before producing a project.

Which area do you think Nollywood should improve on?