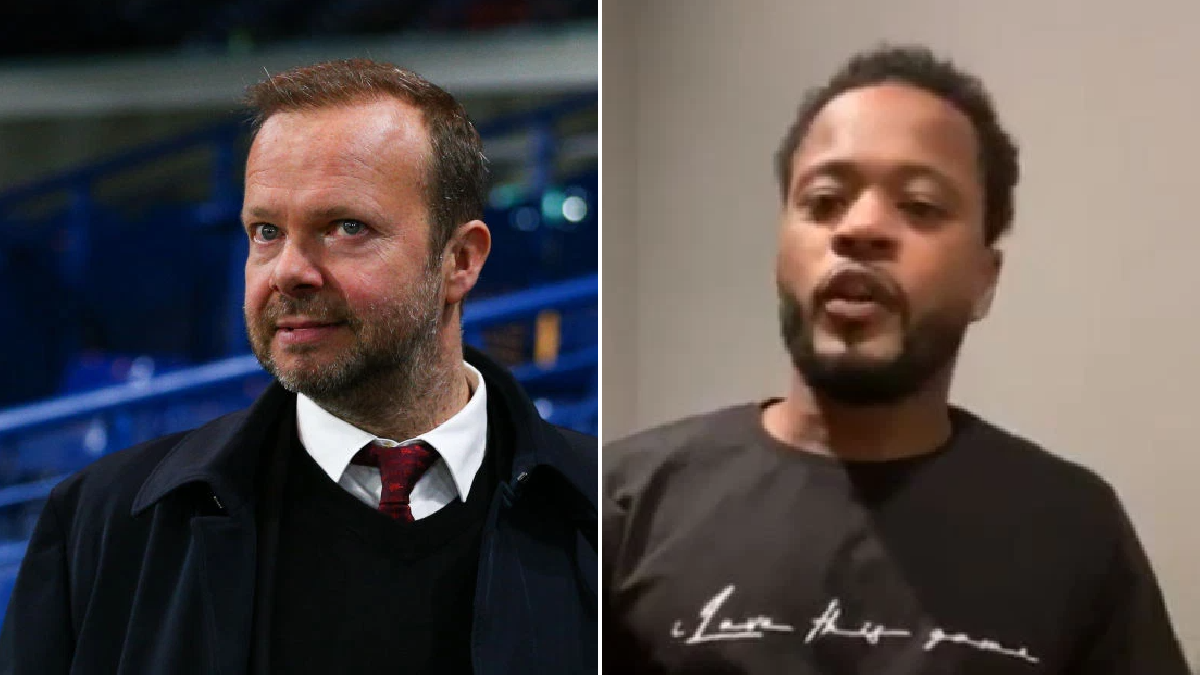 Former Manchester United left-back, Patrice Evra, has exposed what is behind the failure of the club’s Chief Executive Ed Woodward.

Heartbroken by the woeful performance, Evra expressed his rage on social media on the heels of Saturday’s home defeat to Crystal Palace.

He declared: “If I have a problem with Ed Woodward, I won’t talk on social media.

“I will just call him or meet him face-to-face about what I think about something.

“The only problem I would say to Ed is trusting people he should never trust. He even trusts people outside the club that he shouldn’t. That’s what I can say about Ed.

“When we want a player and they cost say £20m, we end up trying to buy him for £100m. Now those players don’t even want our money anymore,” Evra said.

“A sporting director from a top football club called me and asked me to tell Matthew Judge to answer his phone.

“The club needs to stop being so arrogant. There are certain people at the club right now that don’t even respect Sir Alex Ferguson.

“People need to understand we [United] send lawyers to talk to players. So when we send lawyers they talk about numbers, they are not people from the football world.

“At the time, Fergie, David Gill time, we didn’t hear anything in the paper, but Van Persie, Evra, Vidic, Ferdinand, everything was fast. When Manchester United need a player they go and they talk them face-to-face.”

He concluded: “I love this club and maybe one day I will work for this club again but I will work with my loyalty and I will never lie to any person who loves this club.

“I think some people who work for this club are damaging this club. That’s why we have to tell the truth to the fans.