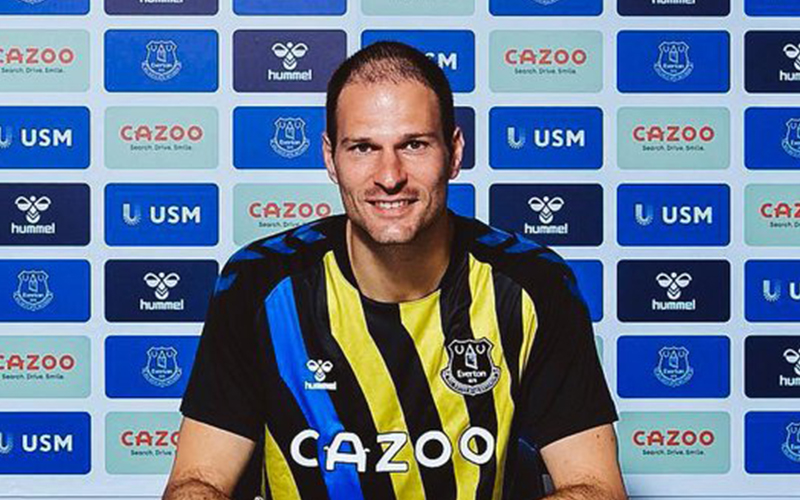 Former Chelsea goalkeeper, Asmir Begovic, has joined Merseyside club, Everton, on an initial 12-month contract with an option for a further year.

“When I first heard of the possibility of joining Everton, I was really excited,” he told EvertonTv.

“Opportunities like this don’t come around every day so I’m honoured and pleased to be here.

“With the squad we have, the fan base, and the tradition of the Club, everything is in place for us to be successful.”

He said, “First and foremost, to work with people of [Rafa Benitez and Marcel Brands’] calibre is really pleasing for me and I’m looking forward to learning from them.

“Just in my first couple of conversations with the manager, it’s clear he has a massive knowledge of the game. He has an incredible track record in terms of what he’s achieved and accomplished. To work for those sorts of managers, it’s something that’s very good for me.”

Begovic added: “Jordan [Pickford] is a world-class goalkeeper. I think the goalkeeping group here is fantastic.

“We’re going to push each other every single day and set those standards in training.

“We also have a great goalkeeping coach in Alan Kelly.

“I’m definitely here to compete [for a place] and to try to help this team in any way I can.”

Begovic was most recently with Bournemouth and has also played in the English top tier with Chelsea – where he won a league title in 2016/17 – Portsmouth and Stoke City.

He enjoyed a loan spell with Italian giants AC Milan and he won a league winners’ medal during a temporary stint at Azerbaijani side Qarabag in 2019/20.

Begovic has amassed 63 senior international caps for Bosnia & Herzegovina and was an instrumental figure in helping his country qualify for its first World Cup in 2014.

JUST IN: Arsenal cancel US tour as COVID-19 hits camp