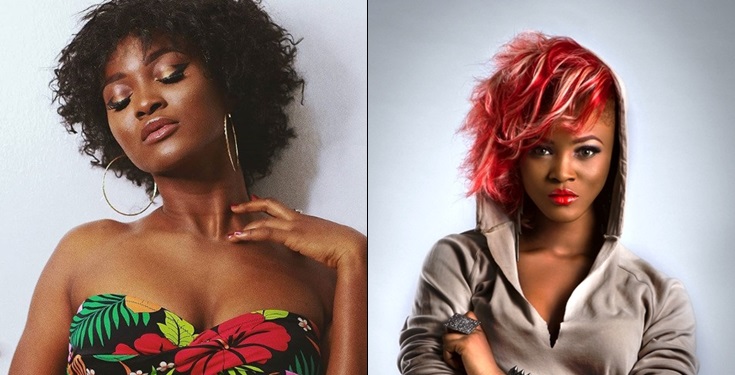 Nigerian entertainer, make-up artist and fashion designer, Eva Alordiah, is currently embroiled in a war of words with a troll who called her a failed rapper on Twitter.

Eva Alordiah had taken to the microblogging platform to shade some of her musical colleagues who, according to her, mumble incomprehensible words in their songs.

“So many artistes have allowed themselves believe that mumbling incomprehensible words over beats, with no lyrics is “catching a vibe”.
As long as it keeps the rhythm eh?

You did not catch a Vibe.

An online troll who would have none of it replied:

“What’s this failed raper saying why don’t u mumble on a beats too or better still call the name of the art u refaring to..some people will not mind their biz”.

“LOL!!! Your knowledge of History is the only failure here. My name in History? Forever engraved Mr Eric. How is that for failure? Ozwor”.

The troll fired back:

“😂😂😂😂😂your name is in which history see this failed Wack raper ur name is in Allen avenue I don’t even know any of your songs bet raping like there is hot amala in ur mouth u better start doing video vixen instead of music its an advice.. failed raper”.

See the exchange below ;