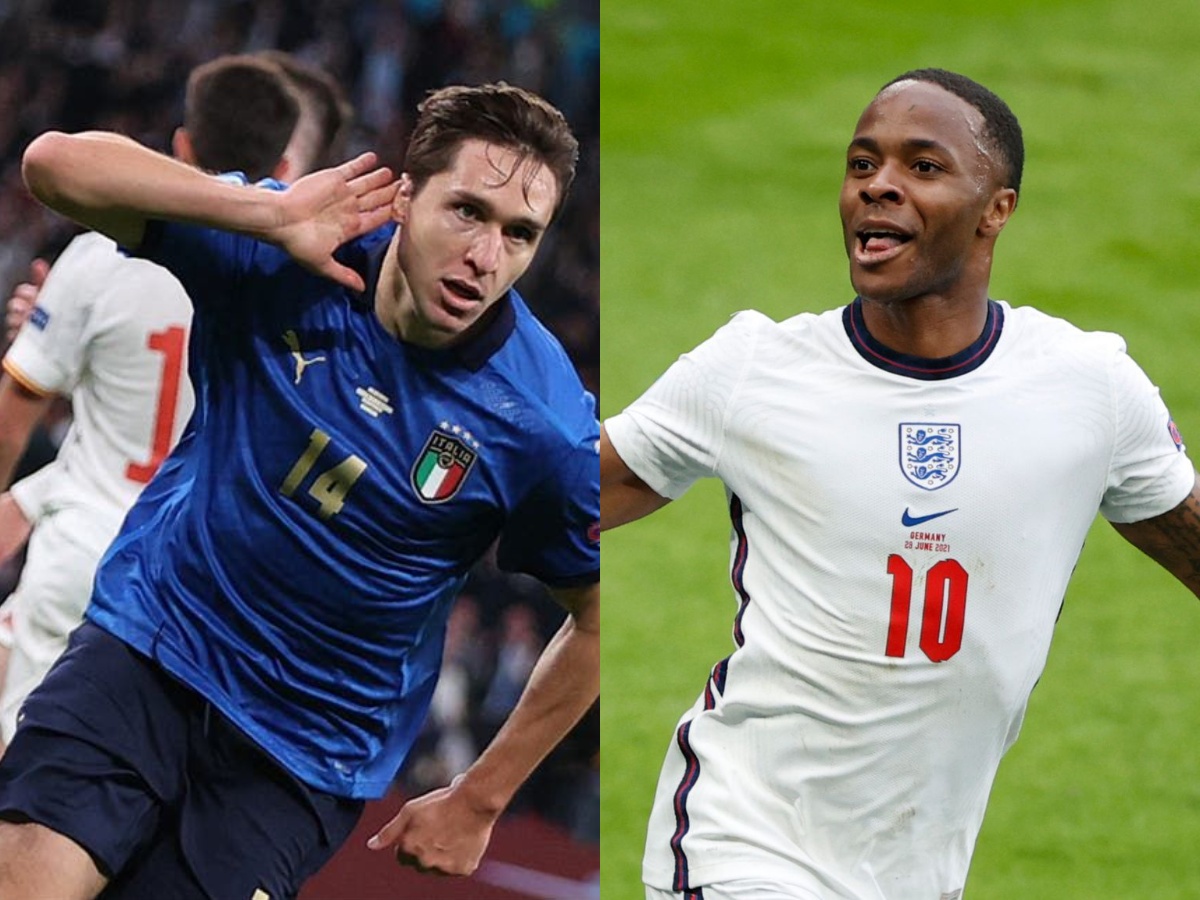 Wembley is set for the EURO 2020 final between Gareth Southgate’s England who are chasing their first major trophy in 55 years and Roberto Mancini’s Italy who are set to crash the party.

Southgate’s side sent the nation into a frenzy by reaching their first European Championship final, leaving them one win away from their first title since the 1966 World Cup.

The PUNCH reports that Southgate has revolutionised English football since taking charge in 2016 and his team have impressed in Euro knockout stage wins over Germany, Ukraine and Denmark.

But England was beaten in the 2018 World Cup semi-finals by Croatia and only a final triumph against Italy will be enough to satisfy them now.

Italy has arguably been the team to beat in the tournament, sweeping through the group stage with a perfect record before knocking out Austria, top-ranked Belgium and Spain to reach the final.

Revitalised since Mancini took over after their embarrassing failure to qualify for the 2018 World Cup, the Azzurri are on a remarkable 33-match unbeaten run.

Here are some players to watch out for during England vs Italy Euro 2020 final:

Raheem Sterling – England
Raheem Sterling has been England’s best player in the tournament despite heading into Euro 2020 after an average season with Manchester City. Sterling’s direct dribbling and pace has caused trouble to opposition defences, while he has also been clinical in front of goal.

The 26-year-old has scored three goals and set up one, and has been the focal point of the English attack. He had a part to play in both goals in the semi-final, and against a defence with not a lot of pace, he could prove to be deadly.

Jorginho – Italy
Italy’s midfield has been very strong at Euro 2020, in both attack and defence. Chelsea midfielder Jorginho was the name on everyone’s lips following Italy’s win against Spain as he scored the decisive penalty with his trademark calmness.

The 29-year-old has played more minutes than any other outfield player in the Italian team, which proves just how important he is to Roberto Mancini’s side. His composure, superb passing and control, as well as his ability to intercept passes in midfield will be vital for Italy on Sunday.

Harry Maguire – England
England centre-back Harry Maguire missed the first two matches of Euro 2020 due to injury, but has played every minute since returning for the game against the Czech Republic. The Manchester United defender has been a leader at the back for the English, and his passing, aerial prowess, and ability to spot attacking threats has helped England dominate games.

Maguire will once again be crucial for England against a good finisher in Ciro Immobile and a very quick winger in Federico Chiesa.

Federico Chiesa – Italy
Italy winger Federico Chiesa could very well be his team’s X factor thanks to his impressive dribbling and speed. Chiesa scored Italy’s only goal in the semi-final of the competition and was a threat whenever Italy drove forward.

Chiesa will have a tough opponent in England left-back Luke Shaw, who has also had a good Euro 2020. The Italian winger could be deadly in counter-attacking situations, while his strong running could also catch out Maguire, who isn’t very quick.

Jadon Sancho
When England were struggling to create chances during the group stage, Southgate was criticised by pundits and supporters for not giving a chance to Sancho, who made only one late substitute appearance across the first four games.

But he started in Rome on Saturday and caught the eye with his dribbling skills and direct style of play.

The 21-year-old, who is set to leave Borussia Dortmund for Manchester United for 85 million euros ($100 million) after the tournament, could be in line to start again in the semi-final.

Bukayo Saka
The Arsenal teenager was a slightly surprising selection in the 26-man squad ahead of Jesse Lingard, but has more than played his part in England’s run.

Saka shone against the Czech Republic and then kept his place in the starting line-up for the Germany match, only to miss out on the quarter-final with an injury.

Copa America: It was difficult to come back after Di Maria’s goal, Thiago Silva admits