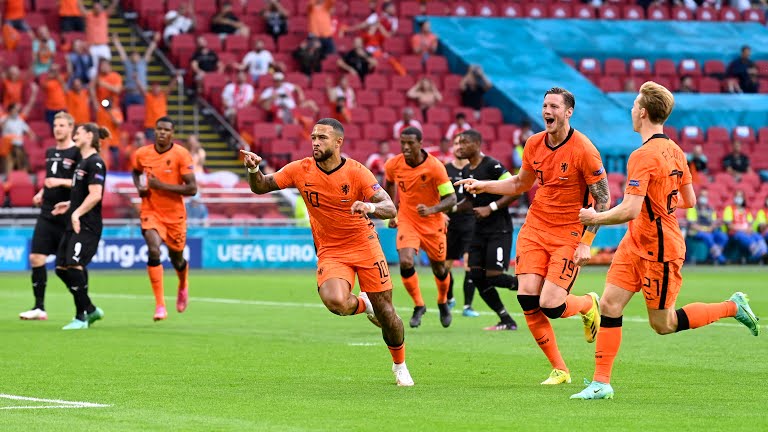 The Netherlands have booked a ticket to the Round of 16 of the EURO 2020 Championship after beating Austria 2-0 at the Amsterdam Arena on Thursday night.

Barcelona target, Memphis Depay scored the opener with an 11th-minute penalty before Denzel Dumfries who won the tough encounter against Ukraine completed the scoring in the 67th minute.

Fran De Boar’s Orange side became the turd team after Italy and Belgium to qualify for the next round of the competition.

Related Topics:AustriaEuro 2020Netherlands
Up Next