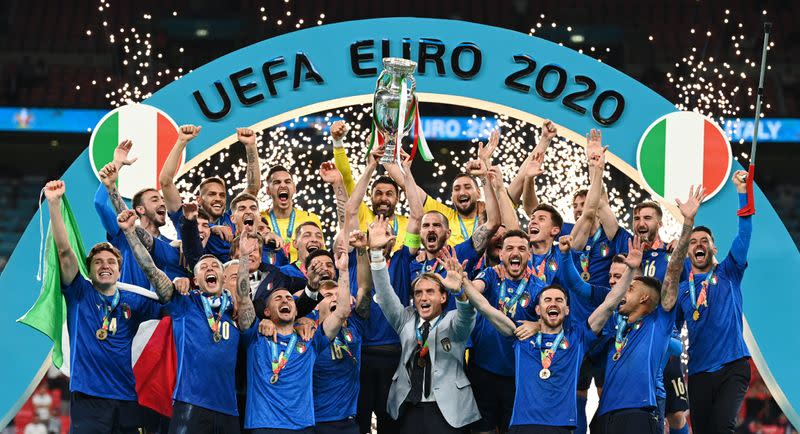 Juventus forward and Portugal superstar, Cristiano Ronaldo emerged the winner of the Golden Boot in the Euro 2020 despite suffering a Round of 16 exit.

He netted five goals in four matches, including a brace against France in the group stages to equal Iranian forward, Ali Daei’s record of 109 international goals.

Nevertheless, here is how the leading goal scorers stood after the final march was played between England and Italy.

The Azzuris of Italy beat England to win the EURO 2020 championship.