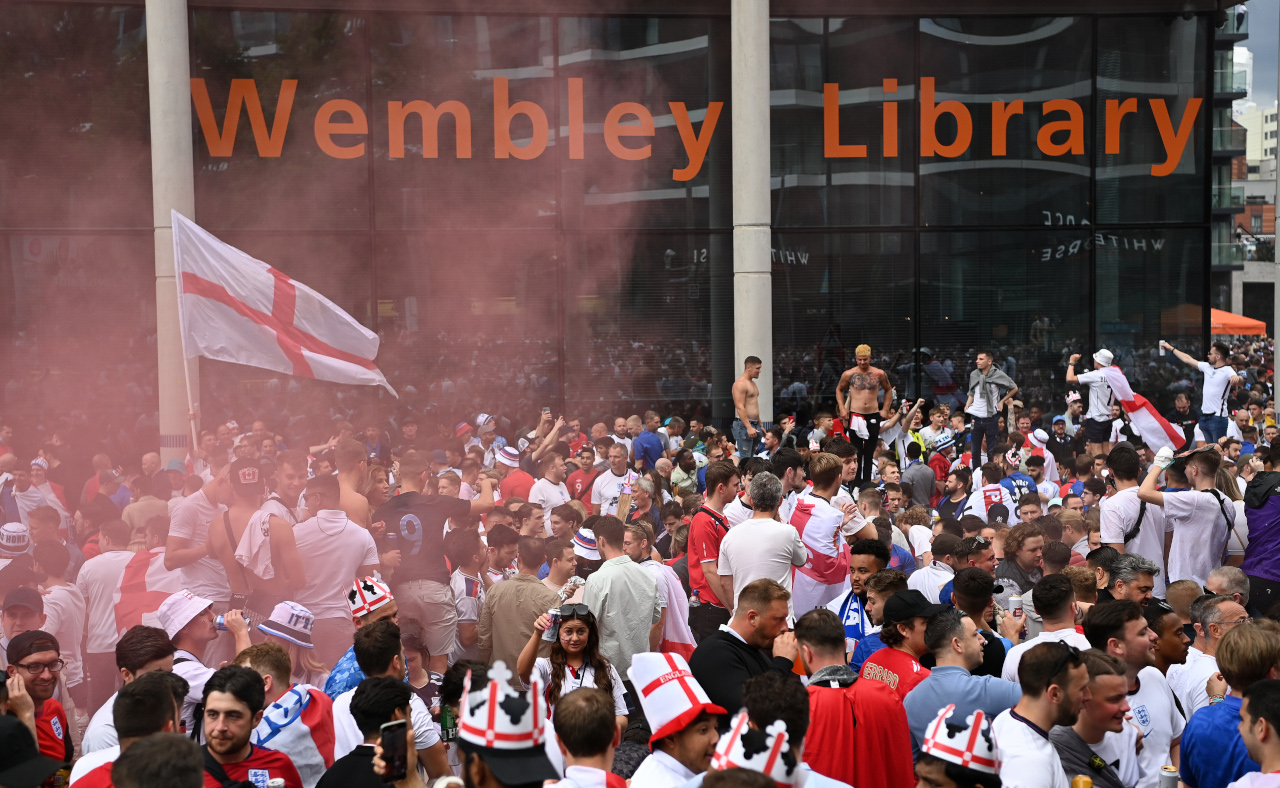 Some disgruntled football fans were said to have made frantic attempts to break into Wembley Stadium on Sunday evening ahead of the Euro 2020 Final between England and Italy, forcing the intervention of the police.

Viral videos on social media showed a group of supporters breaking through security barriers and attempting to gain access to the stadium, Evening Standard reports.

Confirming the attempted break-in, a spokesman for Wembley Stadium said: “We are dealing with an incident that occurred at the outer security perimeter area of the stadium, with support from the police.

“Safety measures were quickly activated in the relevant areas and there were no security breaches of people without tickets getting inside the stadium.”

Sam Wallace, a reporter for the Telegraph tweeted: “Just seen another fan jump down a 20 foot+ wall to try to get into the inner cordon near the media entrance.

“He’s telling the stewards escorting him away he had his ticket stolen.”

Dominic King, a reporter for Daily Mail, tweeted: “There have just been two separate incidents of crowds trying to storm into the stadium.

“Wembley Way doesn’t have the kind of atmosphere you would want on an occasion such as this.”

Meanwhile, the Metropolitan Police made 20 arrests on Wednesday following England’s win over Denmark, with the group stage draw with Scotland seeing 30 arrests made.

Deputy Assistant Commissioner Laurence Taylor said ahead of the game: “The Met has a significantly enhanced policing operation in place and will adapt as necessary to the increased numbers of fans enjoying the match.

“We will continue to deploy a great many officers and specialist units to prevent crime and disorder and respond to any incidents right across London.

“We want people to be able to enjoy the Euros 2020 final safely and securely, behave responsibly and consider the safety and welfare of others.
Related Topics:EURO 2020 finalFeaturedWembley break in
Up Next