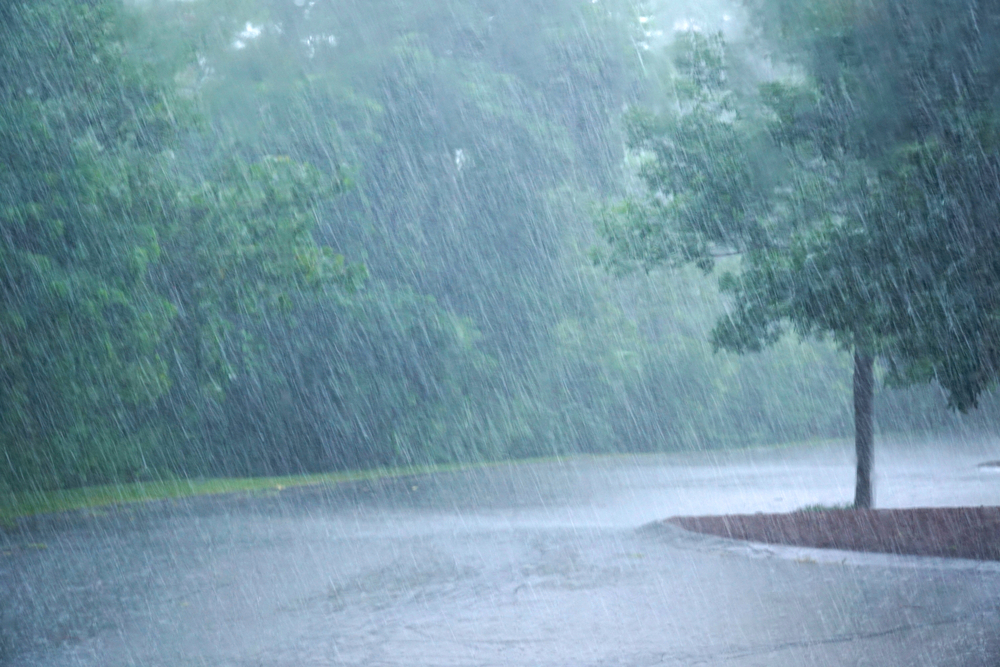 Last Friday evening, people of the agrarian community of Erinmope-Ekiti in Moba Local Government Area of Ekiti State, were expectant as the cloud had gathered.

It was a relief from the scorching heat, so they thought, but little did they know that nature was furious and was about to unleash untold pain and gnashing of teeth.

The heavy rain accompanied by a furious wind, did not bring relief, rather it brought sorrow as rooftops were blown off, houses were washed away, thousands, who had encased in the comfort of their homes, believing they have had a shelter from the rain, all of a sudden became homeless and destitute.

Vanguard gathered that the rainstorm, which started at about 6pm last Friday, pounded the community till the dawn of the next day. About 200 houses were destroyed and 1,000 residents of the community were rendered homeless, while some had to relocate to the neighbouring town for shelter.

The mysterious rainstorm had disrupted the peace of the sleepy agrarian community, a border town between Ekiti and Kwara states. Also affected were the AUD and Saint George’s primary schools; the Saint Jude Catholic Church located at the centre of the town, had its roof blown off by the heavy storm. Properties that were destroyed in those buildings included roofing sheets, kitchen utensils, mattresses, household materials, electric poles and appliances.

Centenarian, septuagenarian, others tell tales of woe Among the victims was a 104-year-old man, who gave his name as Jimoh Saliu. Saliu said he built his house about 50 years ago, shortly after Nigeria got its independence. The centenarian, who called for assistance, said the move would enable him to have a place to live for the rest of his life.

Saliu said: “As you can see, the rain came as a mystery. I have been sleeping in a hamlet I built a few years ago in my farm very close to this place. I came inside the town when I was informed that the Ekiti State Management Emergency Agency, SEMA, came to inspect the affected buildings in the town.

“I have been begging people to assist me. At my age, I don’t have much power to afford roofing sheets that would cover this house, unless I get assistance from the government or charitable organisations.

“Since I was born in this town, a mysterious misfortune of this nature has never befallen this community such as this. I am very surprised and have been thinking what would cause this kind of disaster.”

Also speaking, a 70-year-old man, whose house was also badly affected by the storm, Mr. Oladapo Isaac, said members of his family were inside his six-room apartment when the rain started.

He explained that several properties belonging to him and members of his family were damaged by the storm.

MORE READING!  Arewa: The region on self-destruction BY Danaudi Comrade

He disclosed that immediately after the roof of his house was blown off by the storm, he immediately packed some of his belongings to a Pentecostal church close to his house before relocating to his father’s house about two poles from his house in the community. Lamenting over the situation which he said has brought untold hardship to him and other members of his family, the septuagenarian said he has been making frantic efforts to contact a cooperative society in the town where he could obtain a loan to buy roofing sheets and repair the damage. Isaac said:

“I am confused about the unfortunate incident; I lost many properties in the storm.

“At a time, some residents of the community, who came to assist in salvaging some of my properties were prevented by the heavy rains. I have been going up and down for some days now, just to get a place where I can keep members of my family.”

Similarly, a retired civil servant in the town, Mr. Ayoola Abe, who is also a victim, said he retired as a securityman from one of the public secondary schools in the town. He claimed that the wind blew off his house located at Ajinmi Street in the town.

The 65-year-old man appealed to the government to come to his aid to enable him repair the affected part of the house.

Abe said: “My appeal to the government is to assist the victims, this will go a long way to alleviate the plight of the victims, as you can see the majority of us in this community are farmers who could not afford to buy a bundle of roofing sheets at this particular time, we are just preparing for a new planting season, many of us have used the little money we have to buy tubers of yam for planting.”

Govt promises assistance While inspecting the wreckage on Saturday, the Chairman, Ekiti State Emergency Management Agency, SEMA, Capt. Sunday Adebomi (retd), described the incident as novel in the history of the community and the entire local government. The SEMA boss said:

“Governor Kayode Fayemi of Ekiti State was particularly happy that no life was lost during the storm, which affected about 200 houses in this town. We learned over 1,000 residents had been displaced already. “We are here to assess the level of destruction by the storm which was a mystery. The present administration would do everything within its capacity to ameliorate the plights of the victims.

“The government commiserates with the victims and I advise our people to embark on planting of trees in their environment. The move would further prevent future occurrence of such an unfortunate incident.”

Related Topics:EkitiErinmope’s rain of fury
Up Next

Hijab not about ‘religious discrimination BY Abimbola Adelakun