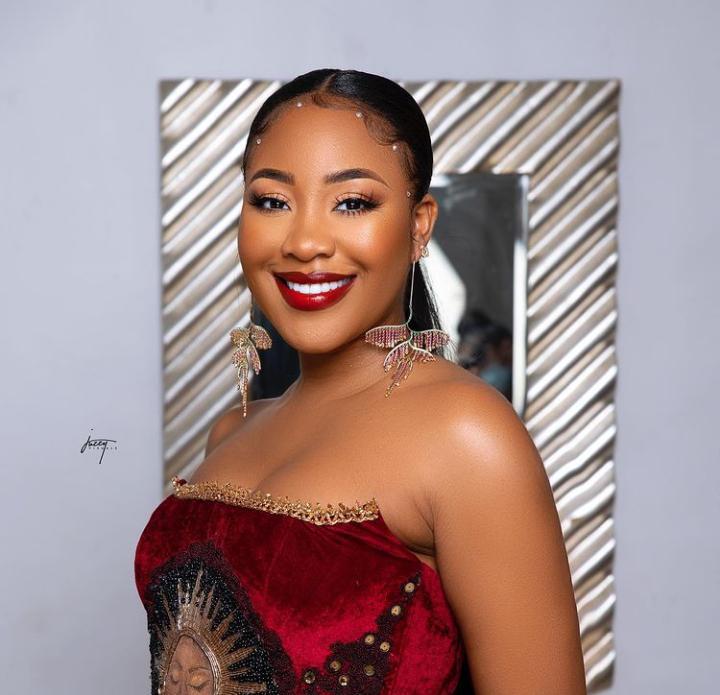 Ex BBNaija housemate, Erica Nlewedim has responded to a fan who asked her why she exposes her body parts, despite being a woman.

Erica recently released an advert video for one of her latest endorsements. In the video, Erica was wearing a revealing red off-shoulder gown and a fan asked her why she was revealing her body parts in the video.

MORE READING!  BBNaija: My man must do whatever I want without questions, Angel tells Sammie

“You are beautiful already, why the exposure of your prestigious body parts as a woman”, she asked.

Erica in her response, told the fan that she wanted to share more of her beauty and that’s why she was exposing her body. 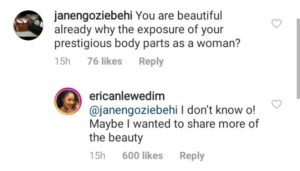