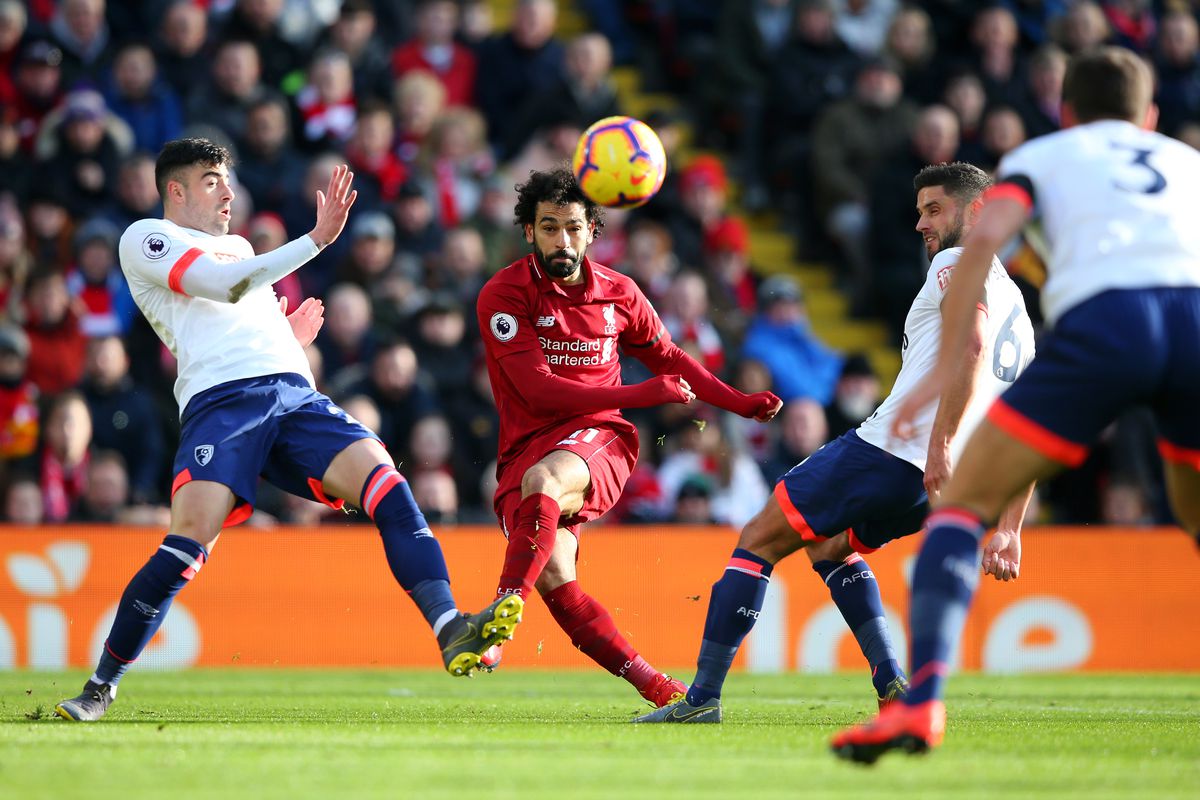 Liverpool moved 11 points clear at the top of the Premier League with a comfortable win over Bournemouth at the Vitality Stadium.

Alex Oxlade-Chamberlain, one of seven changes for the Reds, opened the scoring after a brilliant long-range pass from Jordan Henderson.

Naby Keita made it 2-0 before the break, slotting in with the outside of his foot after Mohamed Salah set him up with a sublime backheel.

Keita then turned provider for Salah as Liverpool eased to victory.

It extends Liverpool’s club record unbeaten run to 33 league games and they have won 15 of 16 Premier League games this season.

The Cherries have now lost five consecutive matches and were dealt more bad news when Nathan Ake and Callum Wilson were both forced off with injuries either side of half-time.

Leicester City, Liverpool’s nearest rivals at the top of the league table, do not play until Sunday when they travel to Aston Villa. Defending champions Manchester City host neighbours Manchester United later on Saturday.