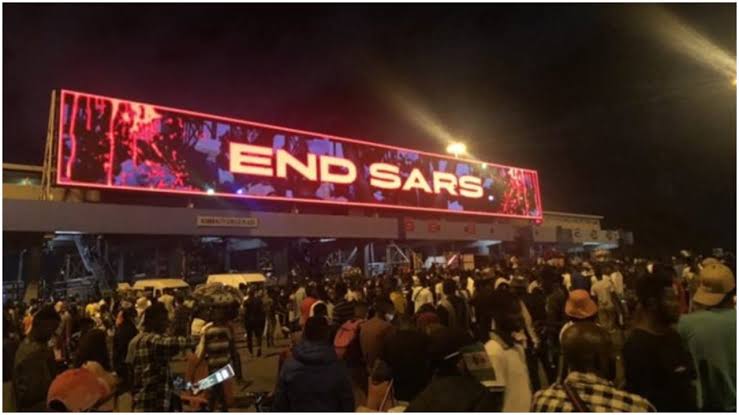 Mixed reactions have trailed the report by the US Department of States that it could not verify if #EndSARS protesters were killed on October 20, 2020, at the Lekki tollgate.

In the report tagged ‘2020 Country Reports on Human Rights Practices: Nigeria’, the US DoS said that although Nigerian soldiers fired ammunition into the air to disperse protesters, no organisation has been able to verify if anyone died as a result.

“Accurate information on fatalities resulting from the shooting was not available at year’s end,” the report said.

The US DoS, however, added that the Nigerian government “reported two deaths connected to the event.”

Recall that popular Nigerian disk jockey, Obianuju Catherine Udeh, professionally known as DJ Switch, did an Instagram Live video at the scene and alleged that protesters were killed but no corpses have been found to date.

A non-governmental organisation, Amnesty International,  reported that at least  10 persons died during the event, while the government disputed Switch and Amnesty’s reports.

The US DoS’ report, coming five months after the event, has thrown Twitter users into a frenzy as Nigerians split over the veracity of Dj Switch’s version of the event.

Some tweeps, under the #LEKKILIES trend, dubbed the DJ a liar, while some rose to her defence, hailing her heroics during the shooting on October 20.

However, @Denilscene pulled his weight behind Switch.

He wrote, “DJ Switch went on live she risked her dear life, she didn’t know it was her biggest mistake if she had known how ungrateful Nigerians are, she wouldn’t have done that all I know is that she is a heroine anybody going against her instead of celebrating her is clueless.”

@Scarfizal kicked against DJ Switch’s supporters, saying, “Nobody died at the Lekki toll gate on 20th 10 2020 , DJ switch (witch) should be arrested and locked up and the keys thrown into the ocean for trying to incite with lies #LekkiLies.”

Another user, @Blacksam_ opined that Dj Switch’s critics were sponsored to slander her.

“We know they paid you guys to slander DJ Switch, God will punish all of you. Even if US said whatever they wish, we are not naive and there was a clear evidence ( IG live ) that the military protesters,” he said.

“Jide sanwoolu admitted to people dying on live TV, abi all the live videos that Dj switch made that night were pre-recorded? What is #LEKKILIES all about? My grandad used to say that it’s takes more than the politicians to destroy a nation, the people also play their part,” another user added.