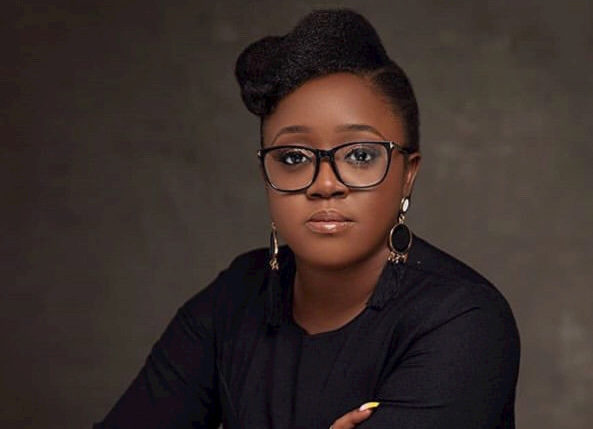 #EndSARS lawyer, Modupe Odele, said she nearly missed her flight to Dubai on Wednesday when she was delayed as her passport was withheld for ‘secondary clearance’.

And she is so pissed by the hassle that she is mulling going on exile.

She relived her experience in several tweets on Thursday:

“So shocking that this people stopped me again and took my passport for “secondary clearance” again. Tbh I didn’t think they would even try it. But here we are.

“You force me to go on exile from my own country for no crime. I can’t visit and go as I please anymore. What a shame.

“I would have missed my flight if I didn’t make those calls. Because the person to do the secondary clearance wasn’t “on sit”.

“I do not regret anything I did because we did a good thing. But the stress that has come with this makes me wonder sometimes if it was worth it. Bugged phones, security agents tailing , bank accounts blocking. For what????!”

Modupe is a member of the Feminist Group, which raised about N47million for the ENDSARS campaign.

Her real work is as finance attorney, investor academic and international business consultant.

According to her profile, Modupe obtained LLM from Columbia Law School, in the United States, with her areas of interest being business and human rights, technology and venture capital law.

Modupe founded Vazi Legal and Scale My Hustle. She is also a mentor of Google for Startups.

Her account was among those blocked by the Central Bank of Nigeria.

In early November, Modupe was stopped at the Lagos airport from travelling to the Maldives, where she wanted to celebrate her birthday.

She was briefly detained and her passport impounded.

However, the passport was returned to her after the intervention of the Minister of Interior, Rauf Aregbesola.

In the narration of her experience, Modupe said the officer who stopped her, said the action was ordered “from above”.

She also said she saw a “wanted poster” of herself on the officer’s computer.

“For my birthday, I had planned a trip to the Maldives. It was really for a break as the events of the last three weeks have exhausted my mind and body in a way I have never been exhausted in my life.

“I went to the airport, passed through immigration, and while I was putting my bags through the body and baggage scanner, the immigration officer who had previously cleared me, called me back. He told me he had orders from above to detain me.

“Okay, at this point I’m like excuse me, my flight is in an hour. On what grounds are you detaining me? He didn’t respond. Instead, he went to his computer, typed in my name and something that looked like a ‘wanted poster’ popped up on the portal.

“He blocked my view, so I couldn’t see most of it but I saw some of it. And it read something like – ‘This person is under investigation by XYZ Intelligence Agency. If seen, they should be apprehended on sight.

“They held me for a little over an hour, seized my passport and I missed my flight. My passport is still seized up until this very moment and I have still not been made aware of what I am under investigation for.”

Related Topics:#EndSARSFeaturedLagosmodupe odele
Up Next