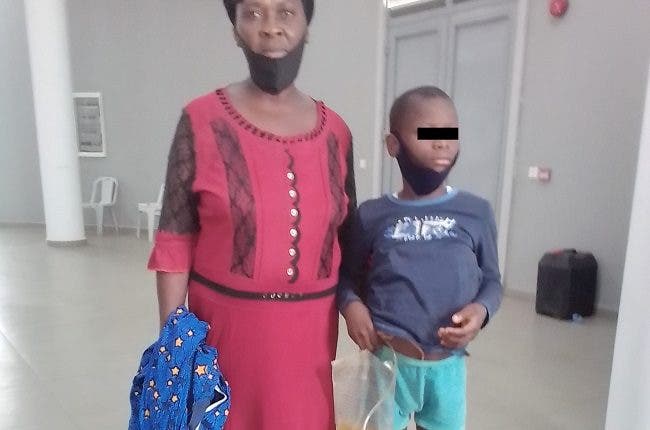 Madam Stella Omoigui has demanded N50 million compensation from the Edo State Judicial Panel of Inquiry for victims of SARS and related abuses after 11-year-old schoolboy, Master Osasu Omoigui who was hit by police stray bullet in his genitals during the last October #EndSARS protest.

Tribune Online reports that the 61-year-old petty trader made the demands on Monday while appearing before the panel in Benin, Edo State.

According to Stella, Osasu, a primary three pupil of Maria Christian Academy, was hit by a stray bullet from the policemen deployed to disperse the rioters along Sapele Road, Benin City, when he sent on an errand to deliver a ripe plantain to his father across the road.

She said her son was later treated and discharged from the University of Benin Teaching Hospital (UBTH), lamenting that she had spent her little resources on treatment.

She wailed that Osasu who is presently out of school can only pass out urine through a fixed pipe on his abdomen, a situation that has forced him to always tie wrappers instead of wearing trousers.

She, however, pleaded with the panel to grant her son the sum of N50 million as compensation for the pains and also take care of his medical bills so that he can have his life back on track.

Little Osasu said he would like to be a medical doctor when he grows up, adding: “Please, the government and every spirited individual should help me.”.

Touched by the condition of the schoolboy, the chairman, Justice Ada Ehigiamusoe ordered that the child must be treated with prompt attention.

“I have a medical doctor on my team. Looking at the young man, it is obvious that he is unable to dress properly like a normal human being. We found him in wrappers and the medical doctor in my team examined him and found that he is badly damaged in his genital region and we have reviewed that this calls for an emergency intervention.

“We will do all the necessary things that will be required of us just like the state government has always done. Matters of this nature must be treated promptly.”

PHOTOS: Lady shows dress her husband ordered for her, what was delivered

Women are distractions, says man who has dated over 100