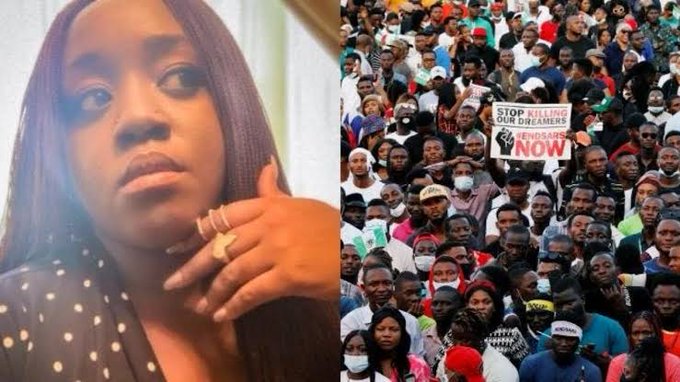 One of the EndSARS protesters, Modupe Odele, has announced that she has received her passport after it was seized by authorities.

Her passport was seized while she was about to travel to the Maldives on November 1, 2020.

According to authorities, the passport was seized because her participation in the EndSARS protest was being investigated.

Odele has now revealed that she has received her passport and that she can now travel.

”Passport now picked up. No issues. I’m told I can travel at any time. Thank you so much everyone for the help and concern,” she tweeted.

Related Topics:endarsFeaturedmodupe odele
Up Next

‘Your period is poisonous, stay indoors and away from men when menstruating’

#EndSARS: FG trying to silence me by freezing my account – Rinuola