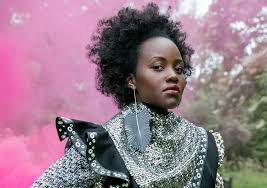 The shooting is alleged to have been carried out by soldiers of the Nigerian Army who were deployed to quell the protest against police brutality.

Sharing on social media, Lupita Nyong’o declared support for the “fight against political interests that have no interest in the rights of the people.”

The actress also said that the year 2020 is apparently a year which requires the reevaluation of police powers.

“I echo the declaration of the people in Nigeria to END POLICE BRUTALITY and the call for their lives to be valued by the leaders of their nation.

“Last week, the world saw this call answered with the wounding and murders of Nigerians in Lekki. I so badly want the end of this kind of violence and abuse of authority for Nigeria, for my own country, Kenya, and for the country I live in now, USA.

“It seems that this is the resounding battle cry of 2020 across the globe, to have police powers reevaluated, their organizations held accountable and systems rebuilt to serve the people. I support the fight against political interests that have no interest in the rights of the people. #EndSARS.”

Related Topics:#EndSARSFeaturedLupita Nyong'o
Up Next