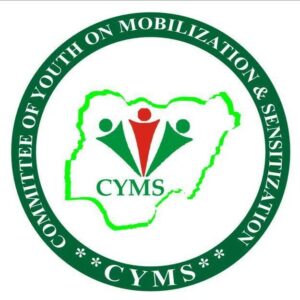 The Committee of Youths on Mobilisation and Sensitisation (CYMS) has urged Nigerian youths to boycott the proposed protest in the interest of peace and socioeconomic stability that were affected after the 2020 “ENDSARS PROTEST”.

The Lagos State coordinator, CYMS, Leonard Obasi, disclosed this in a statement issued to newsmen on Friday in Abuja.

The News Agency of Nigeria (NAN) reports that to counter the proposed Feb. 13 protest #OccupyLekkiTollGate at the tollgate plaza, some youths had announced a #DefendLagos rally to hold at the same venue.

The plan to #OccupyLekkiTollGate came barely a day after the controversial ruling of the Lagos Judicial panel of inquiry to reopen the Lekki Tollgate.

Obasi said that this has become compelling owing to reports of a planned protest by what he described as some self-centered elements who were hell-bent on destabilizing the peace of the country.

“Hence, our association would not be part of it.”

He reiterated that the Lagos chapter of the group condemned the proposed Occupy Lekki Toll Gate which was supposed to come up on Saturday by some group of people.

According to him, we say never again on our watch shall we watch the destruction of Lagos State or any other part of Nigeria under any guise.

“We have heard a lot going on social media concerning another round of Endsars Protest or Occupy Lekki Toll Gate.

“We at CYMS having the manager of various youth organizations in Lagos State say no to any form of protest or occupy Lekki Toll Gate. We say Enough is Enough.

“The destruction of Lagos and some part of the country in October 2020 as a result of the Endsars Protest, Nigeria and Lagos state particular are yet to come out of the economic pains and financial losses which amount to trillions of Naira.

“We want to state here that Nigerians are more civil and law-abiding. If there are any agitations, we have the right to peaceful protest or pursuing it through legal institutions mostly at the panel of inquiries that was recently set up.

“However, this was as a result of the demand by the youths during the endsars protest last year; instead of destruction of lives and properties, ” he said.

Obasi urged all the members of CYMS and indeed all Nigerian youths and every other person to ignore the call for another protest and go about their duties as normal and be law-abiding.

He called on the Gov. Babajide Sanwo-Olu of Lagos to ignore the retrogressive call by some set of people, saying that CYMS was ready to defend Lagos state against her enemies.

“This is Lagos state, Center of Excellency and not center of protesters or hoodlums. A word is enough for the wise, ” he said.

NAN reports that CYMS is an evaluation, monitoring and mobilization organization with a mandate to promote peace, unity and drive youth inclusion in a view to sensitizing the Nigerians and Youths on the policies and programs of the Federal Government.

Mom dumps newborn, drops note she was impregnated by man who promised her marriage