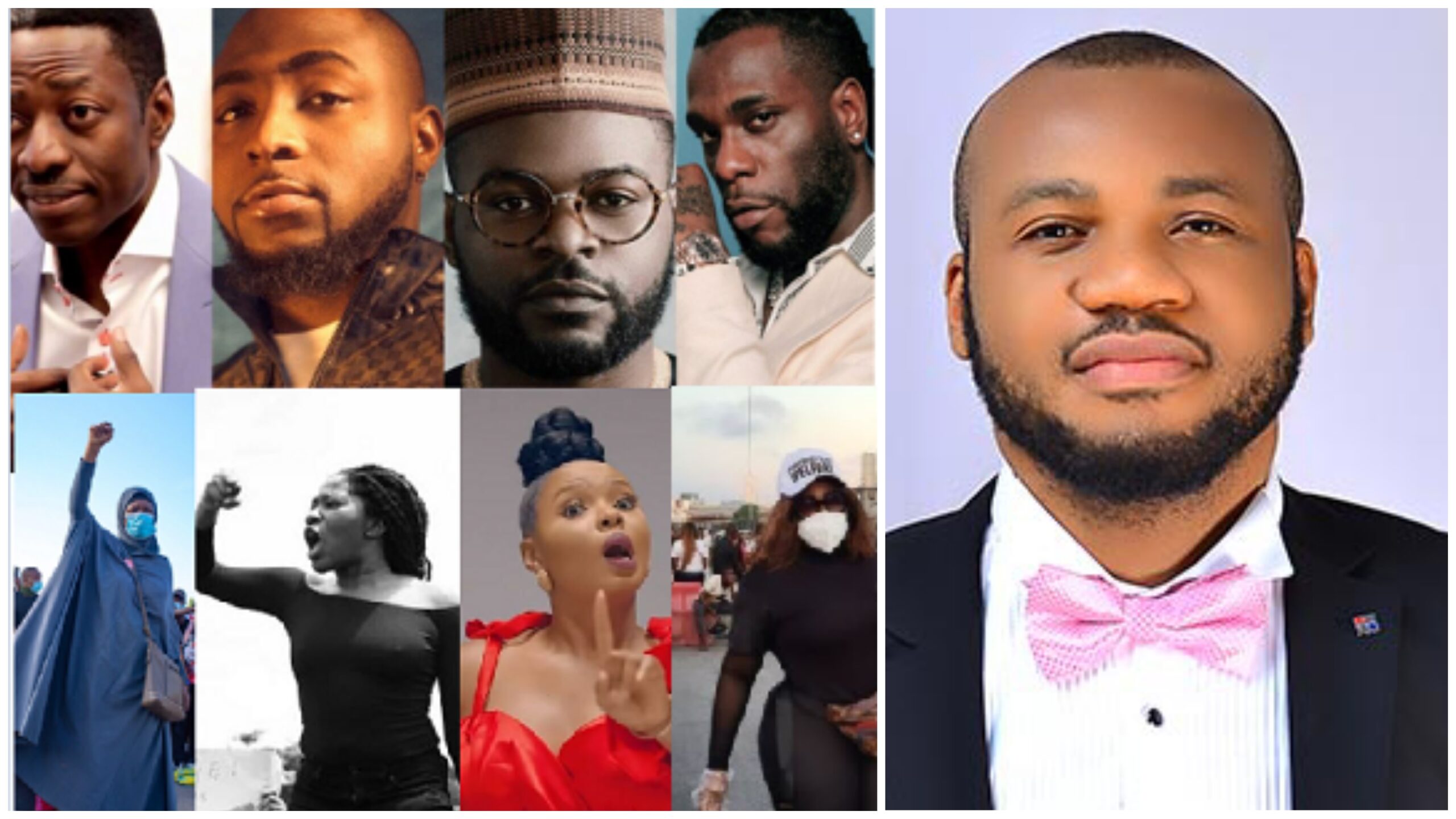 A High Court sitting in the Federal Capital Territory has dismissed the motion filed by a certain Kenechukwu Okeke seeking to strike out the suit that was filed by 50 celebrities and activists against their trial in the wake of #EndSARS protest that swept across the country in October 2020.

According to the PUNCH, the Court also ordered the Nigerian Police Force and Okeke from taking any steps to prosecute the individuals over the #EndSARS protest.

Delivering the verdict on Friday, Justice Bello Kawu stated that the suit that was filed in a representative capacity by a human rights activist, Deji Adeyanju, was proper in law.

He stated that the High Court of the FCT has supervisory jurisdiction over the Magistrate Court against the suit by Okeke.

Okeke had sued 50 individuals including celebrities and activists at the FCT Magistrate Court, Wuse Zone 6 for supporting the #EndSARS protest through their tweets and physical involvement.

Counsel to the 50 activists and celebrities, Samuel Ihensekhien, stated that the decision meant victory for the ordinary man.

Ihensekhien also stated that it is a landmark decision that establishes that peaceful protest is not a crime in Nigeria.

“By virtue of today’s ruling, his motion of dismissal of this substantive case has been dismissed by the honourable FCT High Court. The consequence of it is that the court will hear the substantive application to formally dismiss the pending criminal complaint and charge before the Magistrate’s court.

“We are so happy and justice can still be found in Nigeria in spite of the elaborate and extensive arguments over whether this case should be dismissed or not. Thank God the court held in our favour and we are so grateful,” he said.

The court adjourned the matter till September 7.

Related Topics:#EndSARS2facecourtFalzFeaturedSam Adeyemi
Up Next