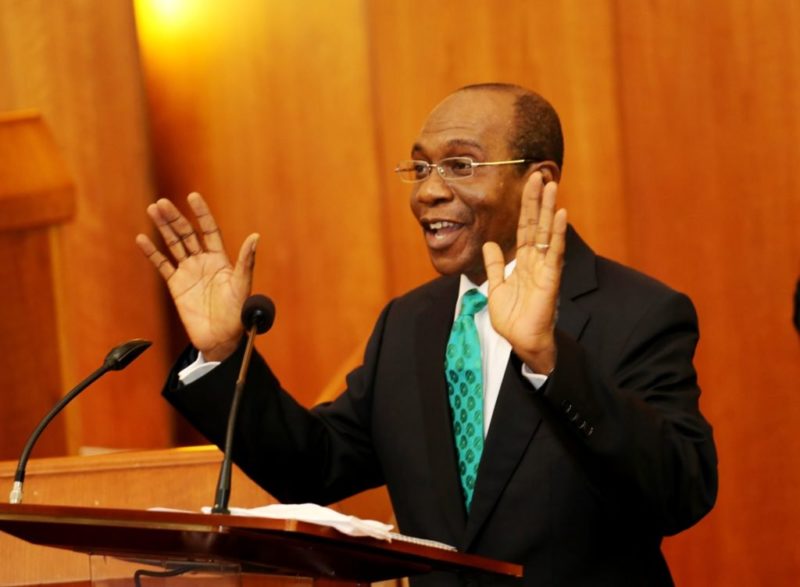 The CBN on Tuesday informed Nigerians that the sum of N6.98 would be charged per transaction every time they use the USSD services.

The move was in line with an agreement during a meeting between banks and telecommunication operators on Monday after the later threatened to shutdown the USSD service due to a N42bn debt by banks.

“To promote transparency in its administration, the new USSD charges will be collected on behalf of MNOs (Mobile Network Operators) directly from customers’ bank accounts. Banks shall not impose additional charges on customers for us of the USSD channel,” the statement read partly.

However, the announcement made by the apex bank has sent tongues wagging as Nigerians took to Twitter to express their concerns over the decisoin.

A Twitter user, @timiPR opined that Emefiele has set a standard of wickedness that would be impossible for his successors to attain.

“CBN has just introduced a new USSD charge for customers. Godwin Emefiele has unlocked a new level of wickedness that will be very difficult for subsequent CBN governors to attain. It’s quite unfortunate, the user said.

@SledgeAma opined that “After Buhari, Godwin Emefiele is the worst thing that has happened to Nigerians,”  while @oloye__  commented by saying that the new USSD charge was an attack on poor Nigerians.

“An attack on USSD is an attack against the poor people. CBN didn’t think that one through at all. Those who do not have access to smartphones are the ones most affected by ussd costs. e.i the poor. So the question is, why is APC and the Buhari administration attacking the poor?”

Another Twitter user, @AmusanBolaji lamented that the government has set out to make money off its citizens irrespective of the hardship.

He wrote, “Nigerian govt is seen this country as an avenue to make money even if it brings hardship on the citizens, they don’t care. Last two weeks was 10bn for Covid 19 vaccines logistics. Last week was increase in fuel price. Now, it’s charges on USSD. Buhari be like, shebi una want change, I go change una life in a miserable way.”

No more begging for PayPal, Nigerians react to Flutterwave partnership