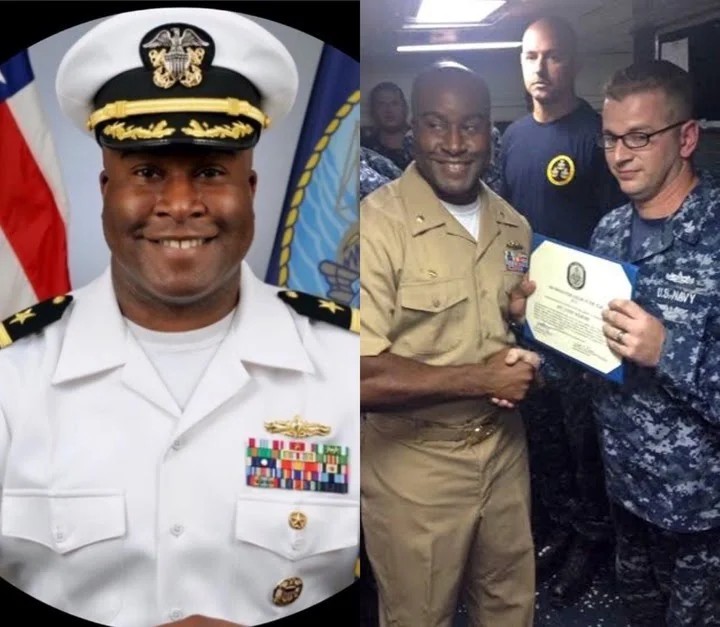 The United States Embassy in Nigeria has congratulated Kelechi Ndukwe, the first Nigerian-American to command a US Navy Guided Missile Destroyer.

The embassy congratulated the naval officer in a tweet on Thursday.

On April 2, Ndukwe took over the USS Halsey (DDG-97), an Arleigh Burke-class guided-missile destroyer from DeVere J. Crooks, who had commanded the ship from November 2019.

Ndukwe holds a Master’s degree in National Security and Strategy Studies from the US Naval War College.

Before that, he graduated with a Chemical Engineering degree from the University of Notre Dame.

Between 2013 and 2015, he commanded the USS Devastator (MCM 6), a minesweeper based in Bahrain, and had served on multiple warships in various parts of the world including the Mediterranean Sea, Horn of Africa, Arabian Gulf, and Western Pacific Ocean, TheCable reported, quoting the Foundation for Defense Democracies (FDD).

“Kudos to Kelechi Ndukwe on his new role as commander of a U.S. Navy Guided Missile Destroyer.

“The University of Notre Dame and the U.S. Naval War College alumnus becomes the first Nigerian-American captain of a U.S. Navy ship. Congratulations!”

Ndukwe’s parents migrated to the US as students in 1977.

Related Topics:first Nigerian to captain US missile ship
Up Next