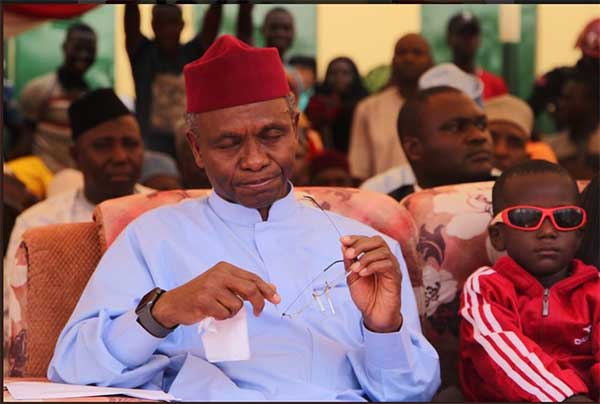 Kaduna State Governor, Nasir El-Rufai, has mourned the demise of the paramount ruler of the Gbagyi Kingdom, better known as ‘Esu Chikun’ in Chikun Local Government Area of the state, Dr. Danjuma Barde.

The PUNCH, quoting an official statement, reports that Barde, a first-class traditional ruler in the state, died of an undisclosed protracted ailment at the 44 Army Reference Hospital in the metropolis on Wednesday.

Reacting to the news via an official condolence message through the governor’s Special Adviser on Media and Communication, Muiywa Adekeye,  Malam Nasir El-Rufai described the late monarch as a “peacemaker”.

The governor said that the Esu Chikun, was a traditional leader who promoted peace and embraced the diversity that development and modernity had brought to his chiefdom.

He said, “Barde was a peacemaker who did not flinch from the challenges of modernity but who fully embraced the possibilities of diversity.

‘’This accommodating and constructive attitude has brought immense socio-economic dividends to the people of Chikun Chiefdom which is host to many of the most significant investment projects the government has attracted to Kaduna State since 2015.

“Dr. Barde was courageous and outspoken, but always in the interest of peace, unity and progress.

“El-Rufai said that Kaduna State is grateful for the positive attitude of the late Dr. Barde. He prayed God to grant him peaceful repose, to comfort his family and the entire Chikun Chiefdom.’’