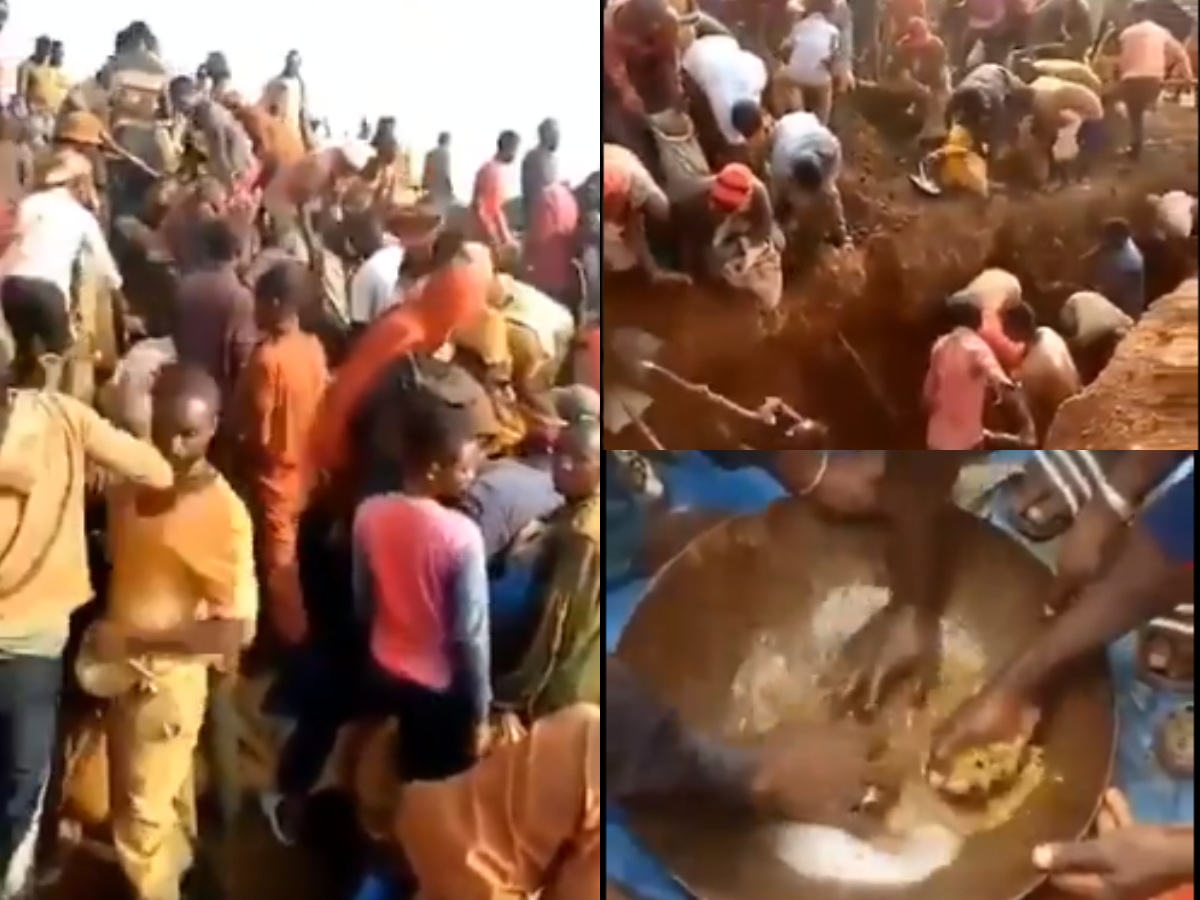 Congolese villagers have reportedly discovered a mountain full of gold in one of its villages, according to videos surfacing on social media.

Viral videos showed a cluster of villagers getting their share of what looks like gold from the mountain as the made use of shovels to dig through.

Reports revealed that the villagers, after digging the soil for gold deposits, take them to their homes in order to wash off the dirt and extract the gold.

Although DR Congo has rich reserves of minerals like cobalt, diamonds, copper and gold, according to the BBC, the African country’s citizens remain among the poorest in the world following years of conflict and mismanagement.
Watch the videos below:

Congolese Villagers get the biggest surprise of their lives, after discovering a whole mountain full of Gold!

They are digging the soil with gold deposits in it, and taking them home. pic.twitter.com/ZaoyEQKkXr

CONGO.
Villagers has discovered a treasure mountain. The whole mountain is gold! People are digging and just taking the soil back to their homes, the gold to be washed and then smelted into dory.
Sadly,Congo is one of the poorest country we have in Africa. Whites have misused us pic.twitter.com/OCCNhNtuSs