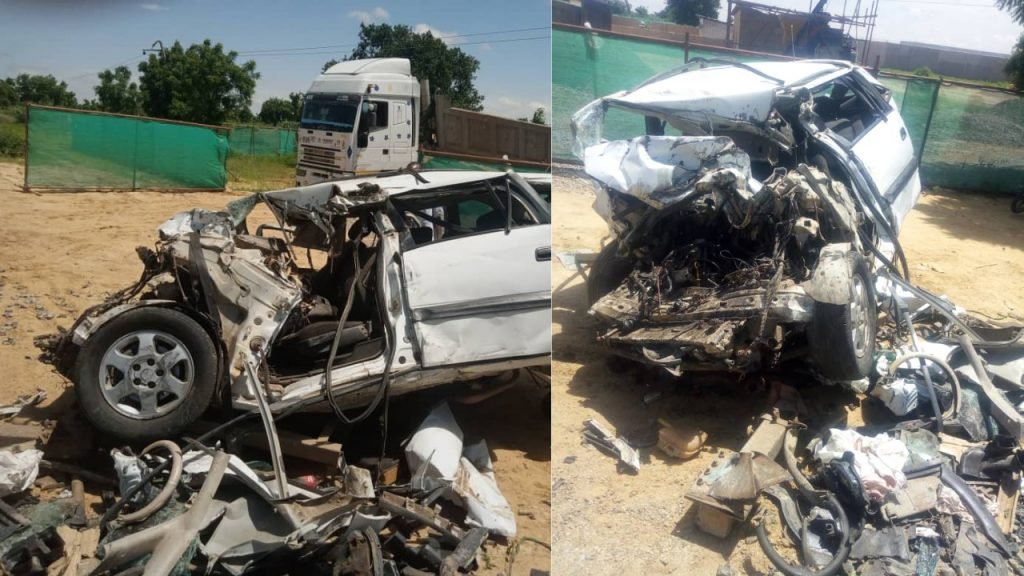 No fewer than eight persons have been killed in a ghastly motor accident in Gagarawa Local Government Area of Jigawa State.

The accident occurred on Wednesday around 09:30 pm at Garin Chiroma involving Zapira Opel and a trailer belonging to TBS transport Ltd with the company’s reg. number 696 and plate no. GWL 319 YJ.

He said the victims were from Dutse to Gumel town.

Adamu explained that the accident occurred when the passengers’ car hit a reversing truck about to enter Mr Lee’s company in Gagarawa Local Government Area.

He said all the passengers died on the spot including Gumel Divisional Officer of the NSCDC, ASC Ahmad Mohammed.

The Spokesman said all the corpses were released to their families but one unidentified was deposited at Gumel General hospital.

He said the driver of the trailer was arrested and an investigation is ongoing.