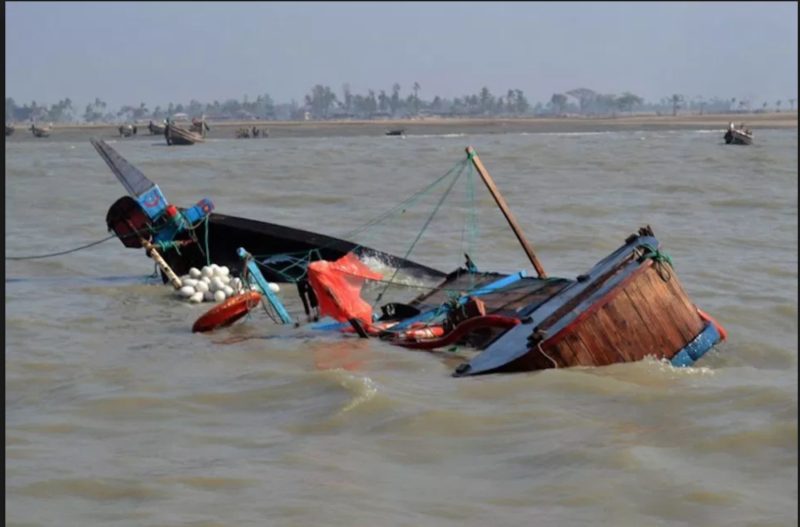 At least eight persons were feared dead in a passenger canoe mishap that occurred in the early hours of Tuesday at Omeluigboma, near Oko, in Oshimili South Local Government Area of Delta.

Omeluigboma and Oko communities are situated by the bank of River Niger.

During rainy season, the tributaries of the River Niger usually overflow, causing major flooding in the communities.

The only means of transportation for the residents to connect other communities, including Asaba, Onitsha and environs, during the rainy season, is via canoe transportation.

Mr Sylvanus Ejezie, who resides in Omeluigboma, told NAN that a canoe capsized, while ferrying passengers, leading to the death of the eight passengers.

Ejezie, who is the Chairman, Rice Farmers Association of Nigeria, Delta chapter, said that divers in the community immediately swung into action but only recovered four bodies.

According to him, the deceased included three women and a man.

He said that the incident happened when the canoe capsized in flood water, while transporting passengers from Omeluigboma to the Onitsha-Asaba Expressway.

Narrating the incident he said:

“We woke up this morning to see this unfortunate incident, which was caused by flood waters currently rising and getting turbulent due to the overflowing of the River Niger.

“We jumped into the river on a rescue mission, we rescued four passengers, while all efforts to find the remaining four were fruitless.

“As I speak with you, we have lost hope. So, we are hoping that later in the day or Wednesday their bodies will float on water in order to be recovered.

Ejezie said that a rescue team from the community had been placed on standby to watch and comb everywhere for the missing bodies.

The Police Public Relations Officer in Asaba, DSP Onome Onovwakpoye, confirmed the incident adding that “efforts were being made to recover the remaining bodies.”