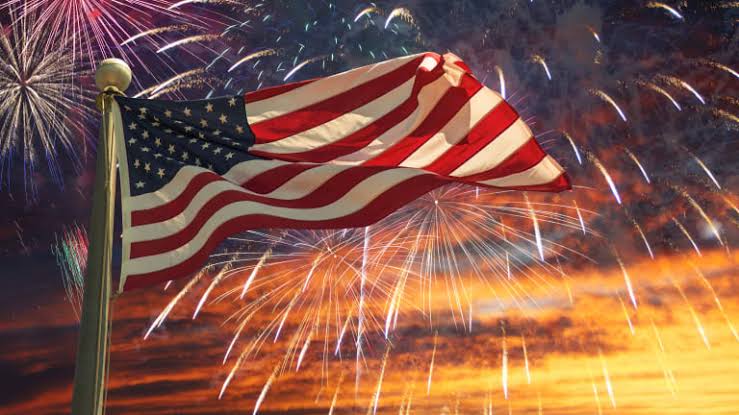 The United States, one of the world’s most powerful countries, celebrated its Independence Day on Sunday, July 4, to commemorate the adoption of the Declaration of Independence by the Continental Congress on July 4, 1776.

WuzupNigeria brings you eight things you probably did not know about the US Independence Day, according to TimesNowNews.

2. A total of 56 men from 13 colonies signed the Declaration of Independence, a historical document formulated by Thomas Jefferson.

3. Thomas Jefferson, who later became the third President of America (1801-09), died on July 4, 1826 and coincidently, two other US presidents — James Monroe and John Adams — also passed away on July 4. Also, Calvin Coolidge, who served as the 30th US President, was born on July 4.

5. The 16th President of America, Abraham Lincoln, permitted African American schools and churches to hold a picnic on the White House South Grounds during the 1864 Civil War.

6. Nearly 150 million Hot Dogs – one of America’s most-loved dishes and the favourite food for July 4 – are consumed in America on Independence Day.

7. Nearly 100 years after America emerged from British rule, the Congress declared July 4 a federal holiday in 1870.

8. The first-ever set of fireworks used in the annual July 4 celebrations across the started in Philadelphia on July 4, 1777, when the first organised celebration of Independence Day was held.

Related Topics:America's INdependence DayJuly 4
Up Next