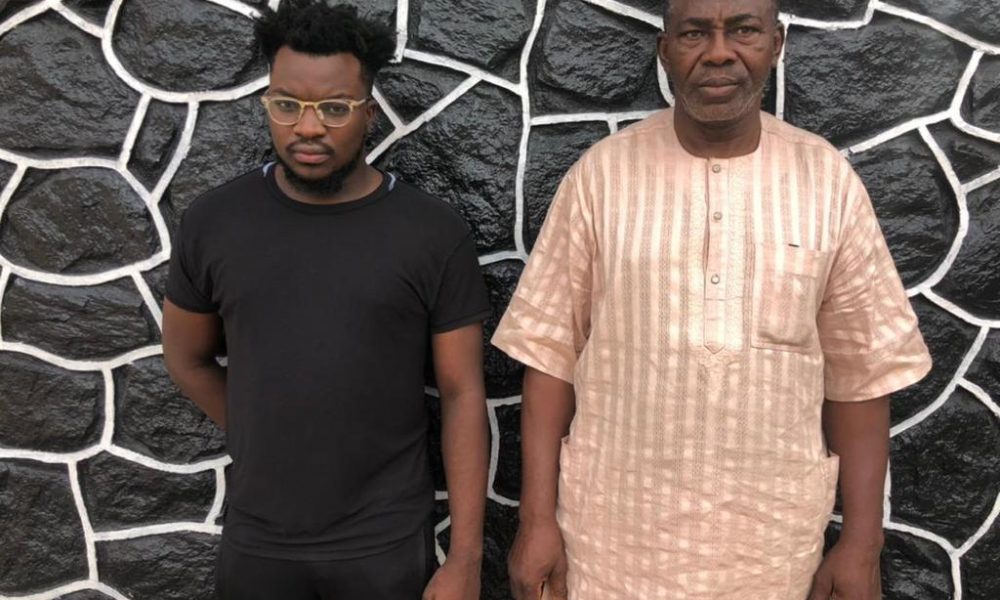 The Economic and Financial Crimes Commission is grilling a father, Isa Bola Bakare, and his son, Malik Giles Bakare, over alleged Internet-related fraud in Lagos.

They were nabbed for allegedly obtaining money by false pretence and retention of proceeds of unlawful activities.

A statement by the anti-graft agency’s Head, Media and Publicity, Wilson Uwujaren, said Malik was arrested by operatives attached to the Criminal Investigation Department in Alagbon on May 31, 2021, and handed over to the EFCC for further investigation and prosecution, PUNCH reports.

“Investigation revealed that he acts as a middleman, who connects Internet fraudsters around the globe with pickers, and receives some percentage on every successful transaction from the proceeds of unlawful activities.”

The suspect’s father was also arrested when he came forward to claim ownership of a Range Rover SUV that was retrieved from his son without proof of ownership.

“During investigation, his father, Isa Bakare, appeared at the commission, claiming ownership of a Range Rover SUV estimated at about N46m, which was recovered from his son. He, however, could not give a satisfactory account of how he was able to procure the vehicle.”

The statement added that the suspects would soon be charged.

Pastor, herbalist, three others arrested with human parts in Osun

Hairdresser stabs lover to death over grasscutter soup in Ghana