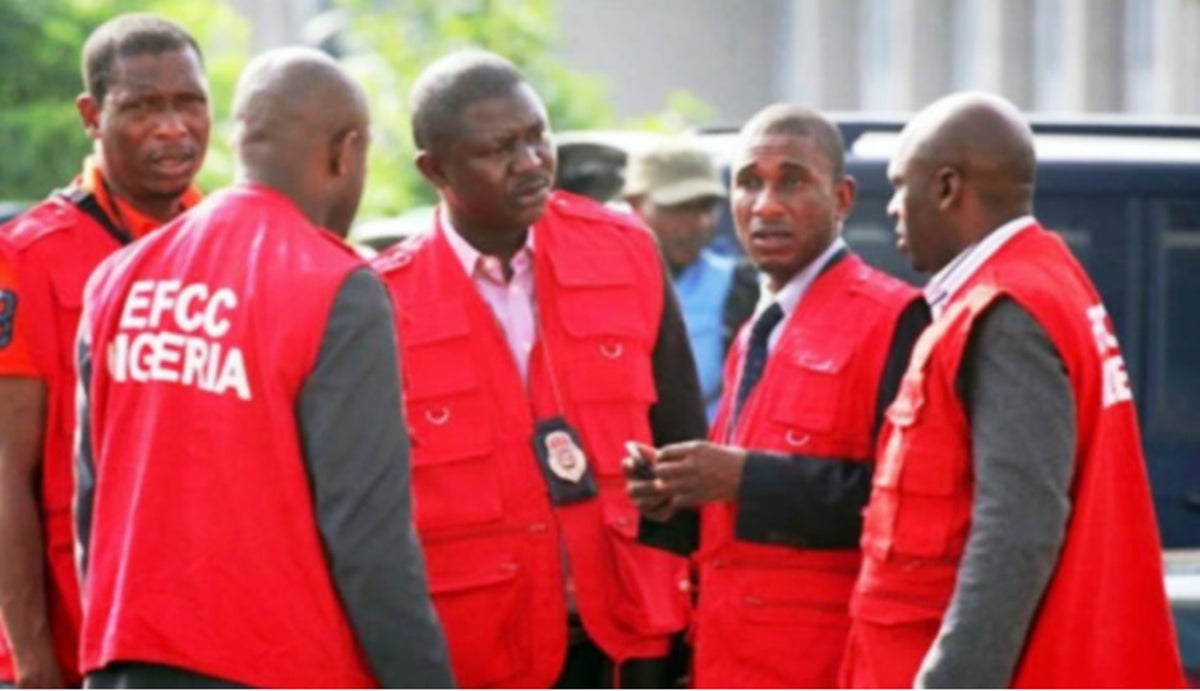 The Economic and Financial Crimes Commission (EFCC) has commenced an investigation into the case of a suspect apprehended by the Jigawa Command of the Nigeria Customs Service for being in possession of foreign currencies subtly arranged in diapers.

The suspect, Sabo Suleiman, was officially handed over to the commission by the comptroller of the customs, Mr Suleiman Umar, in Kano

Umar said that Suleiman was arrested in possession of 184,800 dollars and 1.7 million Saudi Riyals at the Malam Aminu Kano International Airport, Kano.
”The suspect arrived on Ethiopian Airlines.
”The law in Nigeria mandates that every traveller who intends to travel with cash above 10,000dollars must declare it to the authorities.  Suleiman failed to do.
”The suspect and the currencies have been to the Zonal Office of the Economic and Financial Crimes Commission (EFCC) for further investigation,” he said.
The comptroller further said that the command has generated over N12 billion from January to date.
He also said that within the period under review, the command seized 108 bags of foreign rice, 413 cartons of foreign soap, 512 cartons of spaghetti and 83 of the 20 litres of vegetable oil.
Also, Mr Micheal Nzekwe, Deputy Zonal Coordinator of EFCC said the commission will begin the investigation into the issue.
Nzekwe commended the existing harmonious working relationship between the customs and EFCC and pointed out that they all work toward a common goal.

“I assure you that we will investigate this matter and the intercepted currencies will be returned to the coffers of the Federal Government,” he said.

Related Topics:customsEFCCForeign currencies
Up Next