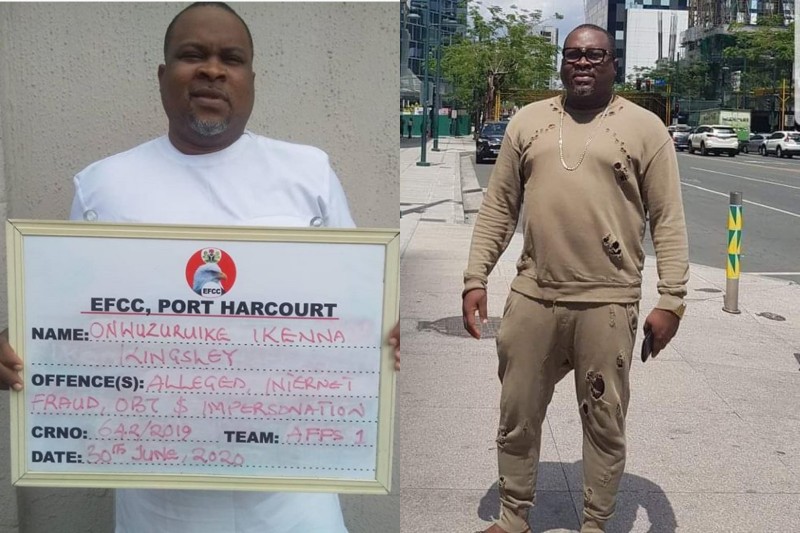 The EFCC made the announcement via their official Instagram page today July 1, 2020.

According to EFCC, Nwata Anayo Eze whose real name is Onwuzuruike Ikenna Kingsley known by his friends as Jeff Sikora was picked up for suspected case of internet fraud.

He was also arraigned for conspiracy, impersonation, forgery, possession of proceeds and obtaining money by false pretence.

The social media big boy is known for displaying his wealth on Facebook.

Recently, he took to his Facebook page to reveal in a video that his enemies are making efforts to pull him down.

He is the self-acclaimed President/Chief Executive Officer of United States-based Prime Trust Credit Union Bank and several Oil/Gas and Real Estate businesses across the Southeastern part of Nigeria.

“The offence contravenes Section 1 (1) (a) of the Advance Fee Fraud and Other Fraud Related Offences Act, 2006 and punishable under Section 1 (3) of the same Act.”

Related Topics:economic and financial crimes commissionFeaturedNwata Anayo Eze
Up Next

One more witness to testify against Mompha