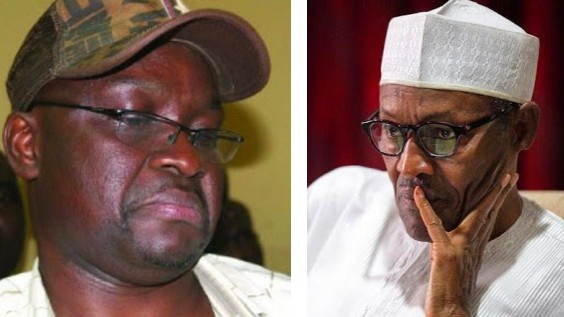 Ekiti State Government has said that the Economic and Financial Crimes Commission (EFCC) is so keen on carrying out vendetta on his opponents of the President Muhammadu Buhari led Administration that it has resorted to carrying out investigations by trial and error.

The government disclosed that “officials of the EFCC stormed a popular Guest House on Gana Street, Maitama, Abuja on Tuesday to seal off the property believing it was owned by Ekiti State Governor, Ayodele Fayose, only for them to be confronted with the fact that operator of the Guest House leased the property from its owner for ten years.”

In a statement signed by the Special Assistant the State Governor on Public Communications and New Media, Lere Olayinka, the government said it was only in Nigeria that anti-corruption agency will first arrest suspects before looking for evidences to prosecute them.

The statement read; “Today, the EFCC demonstrated that it has been lying against Governor Fayose and other Nigerians all along by the failed attempt it made to seal off a property located on Gana Street, Maitama, Abuja that is being used as Guest House just because the governor used to lodge there.

“It was at the point of sealing off the property that the owner of the Guest House told the EFCC officials that he only leased the property for ten years from its owner, a former Chief of Defence Staff, who was also a one-time Minister of Defence.

“The EFCC operatives moved to the next building to the Guest House, which is the residence of the retired army general and they were told by the general’s wife that the building being used as Guest House as well the one next to it belonged to the general and not Governor Fayose.

“It is shocking that in its desperate bid to nail Governor Fayose so as to satisfy their paymasters, EFCC is going about claiming that properties owned by other law abiding Nigerians are owned by the governor and the result of this investigation by trial and error by the EFCC is the embarrassment it faced at Gana Street, Maitama, Abuja when its operatives went there to seal off a property belonging to a retired army general thinking that it belonged to the governor.

“That was the same way they told Nigerians that they discovered mansion in Asokoro, Abuja owned by the governor. Unknown to the EFCC, the mansion being referred to is a property rented by the Ekiti State Government and being used as Governor’s Lodge.”

While insisting that whatever properties owned by Governor Fayose were acquired thorough legitimate means, the government said like every other Nigerians, the governor reserved the rights to own properties and can also receive money from people to fund his election.