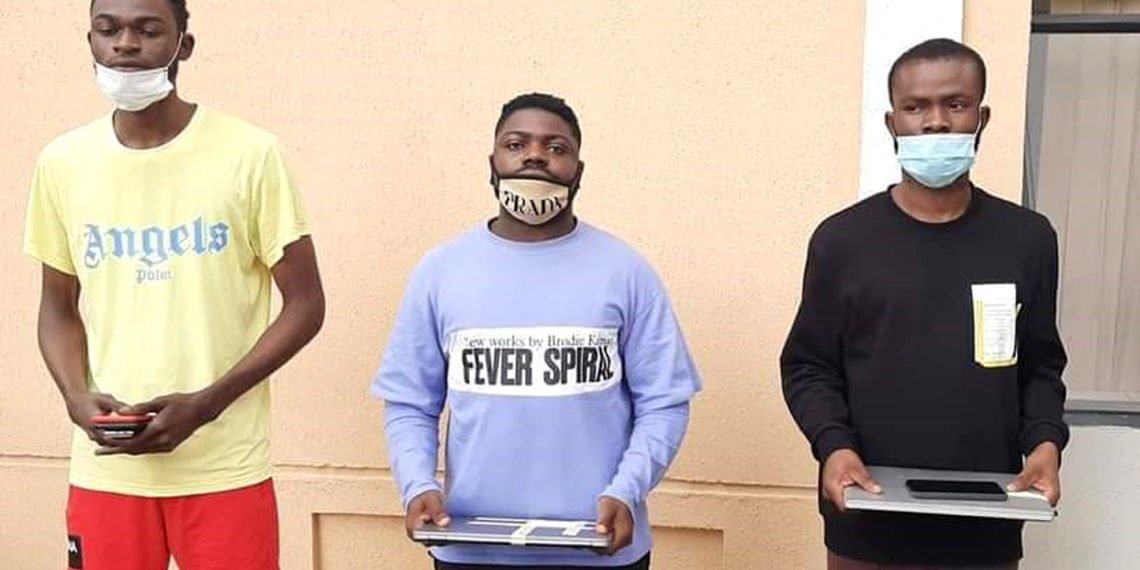 No fewer than nine suspected internet fraudsters have been arrested by the Abuja Zonal Office of the Economic and Financial Crimes Commission (EFCC).

The suspects were arrested at their hideout in Room 202,  Saftec Hotels, behind NNPC’s mega petrol filling station,  Minna, Niger State.

According to the NATION, the suspects were arrested following intelligence volunteered to the Commission by concerned residents of the area.

They were alleged to be involved in love scams and other internet-related crimes.

The ages of the suspects range from 20 to 29 years.

Items recovered from the suspects include one Toyota Venza with registration number LND 528 GD, laptops and exotic phones.

Police arrest immigration officer, three others with trailers of rustled cows in Katsina