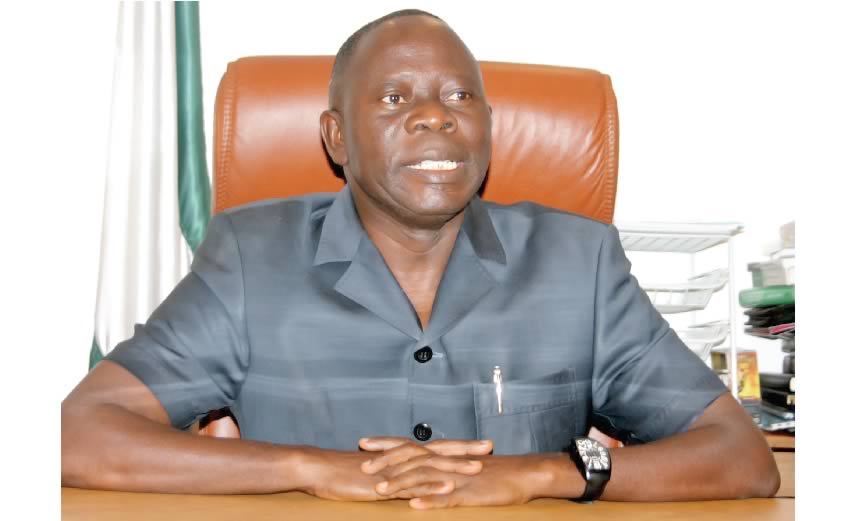 Oshiomhole is backing Ize-Iyamu against Governor Godwin Obaseki in the upcoming governorship election in the State.

However, Shaibu in a press statement signed by his Senior Special Assistant on Media, Benjamin Atu, insisted that Ize-Iyamu was merely a pawn on Oshiomhole’s chessboard.

“The truth is that Ize-Iyamu is merely a stooge. The real man seeking the governorship position is Adams Oshiomhole who has perfected the plan to betray democracy by seeking a third term in office. The price that Oshiomhole will pay for projecting Ize-Iyamu is outright rejection.

“We need a new kind of politics and policies that reflect the best value of our people. Politics that focuses on bringing people together to work for the common good,” he said

“we cannot risk the future of Edo State with a man’s shrunken aspirations. Good men cannot be shunned away from politics while those who ought to be defending their integrity are parading themselves as party candidates .”

He said Governor Obaseki is not talking rhetoric like Oshiomhole and his godson are doing.

“Our campaign is based on the affirmation of what we have done and still capable of doing, by drawing our strength from the masses to deal with our vulnerabilities.

“The incumbent administration inherited a backward state, but we have grown our ways out from backwardness. Obaseki has bridged the yawning credibility gap between what was a promise and how it is performed and transformed into reality,” Shaibu said.

Obaseki is not a threat, he’s not even eligible to contest elections, says Oshiomhole