Edo 2020: Ganduje is in no position to assess any governor until he clears his dollar allegations– Obaseki - WuzupNigeria 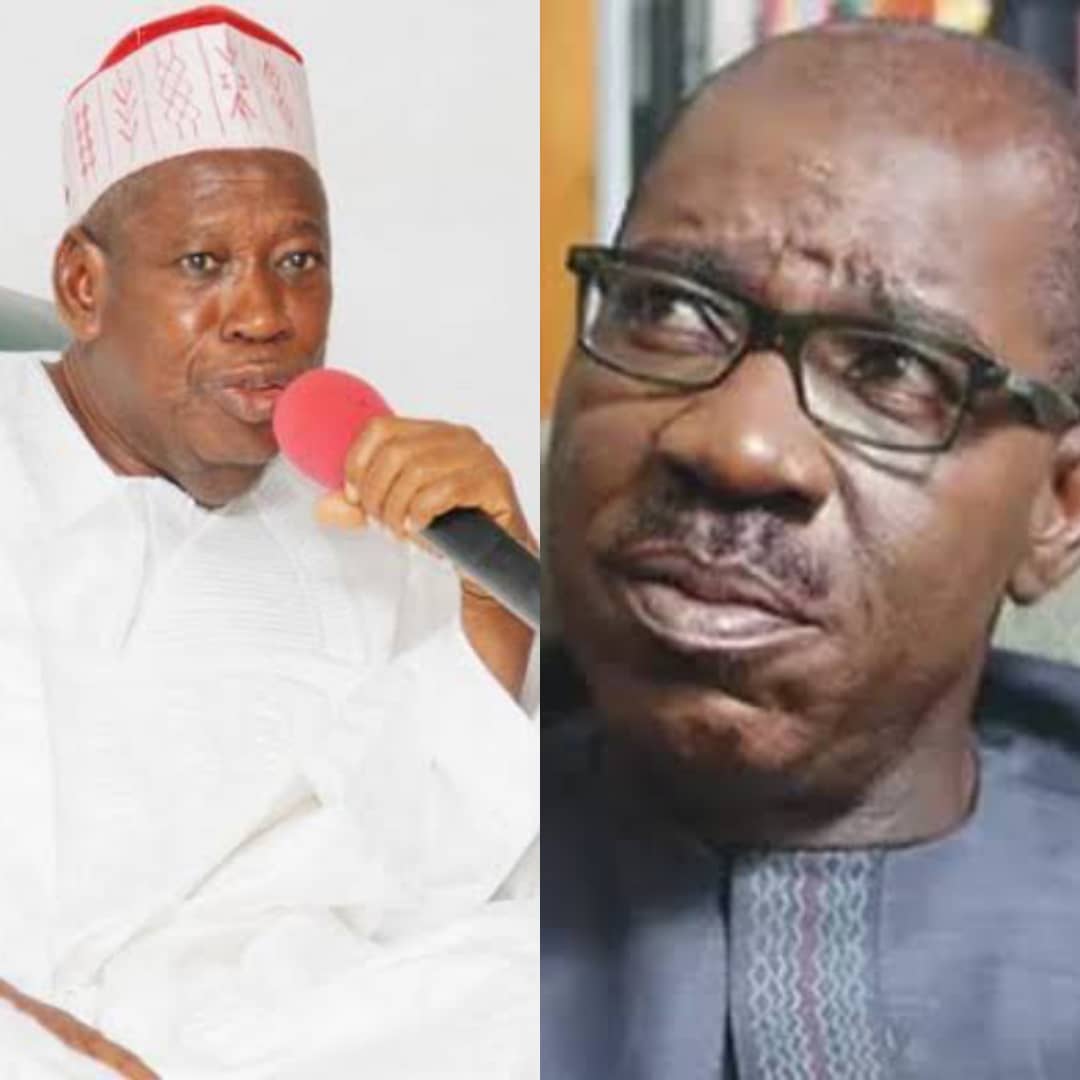 Ganduje while speaking at the Presidential Villa, Abuja had described his counterpart from Edo State as a woeful failure and a liability to his party, the Peoples Democratic Party, PDP.

The Kano State governor had declared that Obaseki’s failure would aid the victory of the All Progressives Congress, APC, during the September 19 governorship election.

MORE READING!  Justice Ikubor's son is risen, PDP must explain what happened to my father – Rema

Reacting, Obaseki said Ganduje was in no position to assess his performance because he has “baggage of the viral video of him stuffing dollars collected from contractors”.

Ganduje was recently caught on camera allegedly collecting kickbacks from contractors in his state.

He has since denied the allegation.

However, a statement by Obaseki’s spokesman, Crusoe Osagie said the remark by Ganduje was disgraceful and laughable, stressing that the Edo governor does not stuff dollars in his pocket.

“The comment by Governor Ganduje on the performance of Governor Obaseki in office is at best laughable. It is also disgraceful because the APC has apparently misconstrued the meaning of performance.

“Ganduje is in no position to assess Governor Obaseki or any other governor for that matter because he has a baggage hanging on his neck, which he needs to clear.”

We got over 900 million votes across all platforms, BBNaija Organizers say