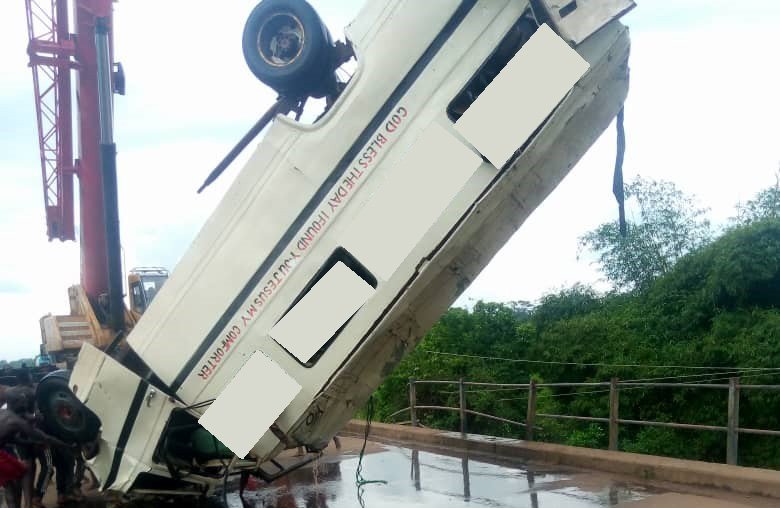 The Federal Road Safety Corps (FRSC) in Ebonyi has confirmed the recovery of three more corpses from the Akeze-Ukwu River after a Mercedes 608-model bus plunged into the river on Sept.18.

The bus conveying members of a Church who attended their pastor’s burial was returning to Enugu when the accident occurred.

The bus driver was said to have lost control of the vehicle while trying to overtake an articulated vehicle on the bridge.

Mrs Stella Uchegbu, the FRSC Sector Commander in Ebonyi, on Sunday evening said that the retrieved corpses were deposited at the Mater Misericordia hospital Afikpo.

Uchegbu said that the corps sent its personnel to the hospital, where some rescued victims were being treated, to interact with doctors on the true reports concerning the ‘unfortunate’ incident.

“We have been getting conflicting reports on the casualties so we sent our personnel to the hospital to interact with the doctors handling the cases.

“We were able to ascertain that seven persons were actually rescued from the river on the day of the incident instead of five earlier reported.

“One person was confirmed dead, two persons are presently on admission, two have been officially discharged while two opted to return home having sustained no injuries from the incident,” she said.

MORE READING!  I was raped by SARS two years ago - Young woman

According to her, the total number of dead victims is now 18.

Also, the Ebonyi Command of the Nigerian Police Force confirmed in a statement the retrieval of three more corpses on Sunday, adding that a retired police officer was among the deceased persons.

The statement signed by DSP Loveth Odah, the Police Public Relations Officer, said that “the lifeless body of retired CSP Livinus Mbah was among the retrieved corpses.

“Efforts are still on to recover the remaining 10 persons,” it stated.