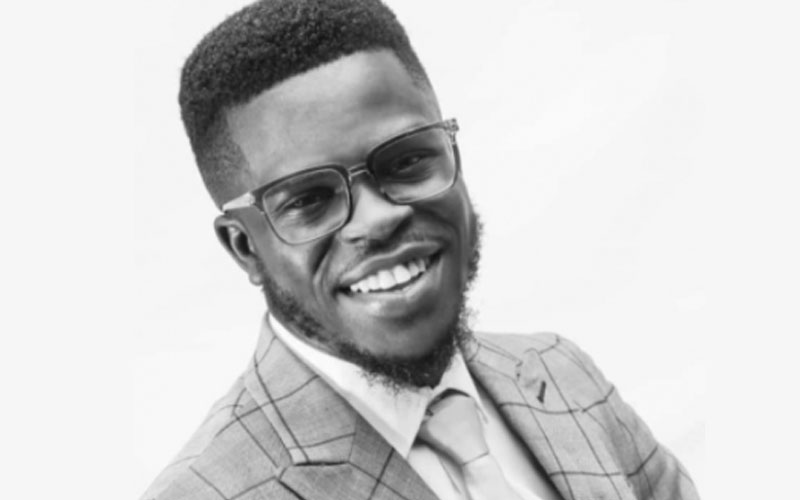 A gospel music producer, Ebenezer Ayeni, has died from gunshot wounds after he was attacked by armed robbers in Ibadan, Oyo State on Thursday.

Ebenezer who was set to tie the knot with his sweetheart next week was attacked by armed robbers who were said to have invaded his home.

According to his friends, the victim was rushed to the University College Hospital, Ibadan, and another private hospital but both medical centres refused to treat him without a police report, according to The PUNCH.

He, however, died hours later in a pool of his own blood.

Friends of a music producer have remained inconsolable and grief-stricken over his tragic and untimely death as photos of the victim in the pool of his blood have since flooded social media.

Also, friends of the deceased have taken to Facebook to mourn their beloved associate while also condemning the whole system that requires police reports to treat a gunshot victim.

“He gave up the ghost after struggling with life for more than two hours. We were planning your wedding next week and not your burial. Rest in perfect peace brother!”

Adegbite Adedamola wrote, “Ebenezer Ayeni, Rest in Peace brother. Next week Saturday should have been your wedding but who are we to question God? You battled for your life for more than two hours, and UCH was asking for police report without attending to you.”

“So much to write about you: Ebenezer Ayeni. We still spoke not long and only for me to hear the news of your transition. You planned to visit me on Sunday to tidy (a) few things…What a nation we have found ourselves (in). He could have survived. Imagine, how can a police report carry so much weight than life?” Cylars Omoloye queried.

“I love you forever brother. Rest on. Two hospitals rejected you because they needed a police report instead of saving your life first. It is well. What a loss,” David Justice commented.

“In Nigeria, we blame the government for everything. The nurse or doctor on duty is a human being who has blood running in his or her veins. Whatever the arguments are – government isn’t treating them well or they don’t have enough equipment – how about cases of simple timely care and a little bit of human sympathy? Rest in Peace Eben,” a furious Moninkanola Ogidan wrote.

Efforts to get the comments of the Chief Medical Director of UCH, Prof. Jesse Otegbayo, on the incident, proved abortive as his line was switched off as of the time of filing this report.

Also, the Police Public Relations Officer in the state, Adewale Osifeso, neither picked his calls nor replied to a text message sent to his line by The PUNCH.