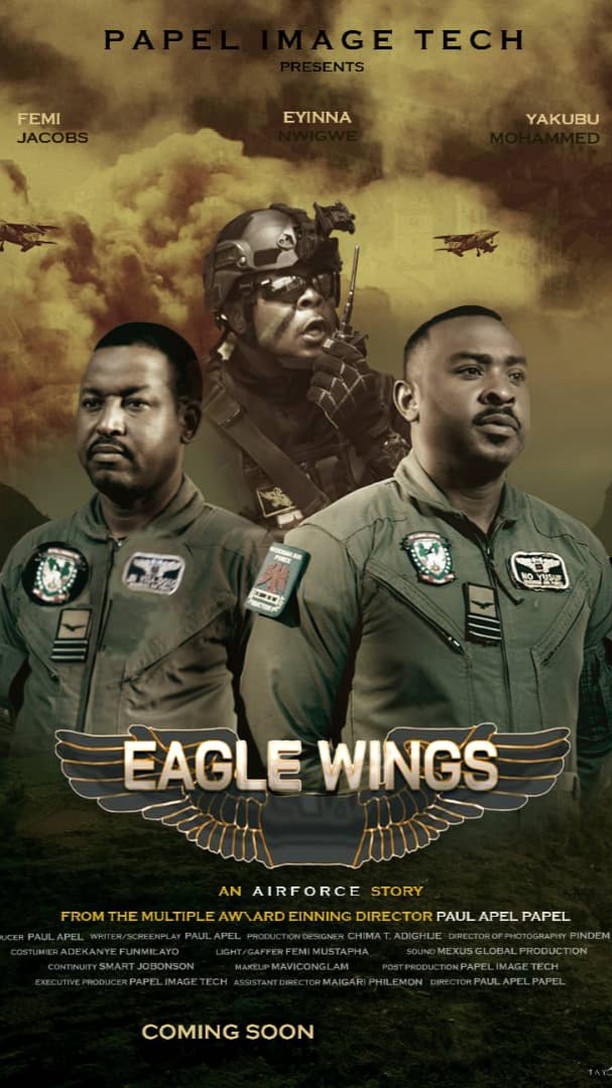 The Minister stated this in Abuja at the private premiere of the movie, a motion picture by the Nigerian Air Force Investments Limited, in collaboration with Papel Image Tech Ltd.

The News Agency of Nigeria (NAN) reports that the action war drama is about an Air-Force fighter pilot, caught in the harrowing world of insurgency shortly after his marriage.

With the primary location in Maiduguri, the epicenter of the insurgency, the film explores the often tragic yet thrilling business of fighting for life and peace.

It also delves into the freedom to love in the face of ferocity and the power of faith, commitment to duty and sacrifice.

Mohammed, who was the Guest of Honour at the movie premiere, said he was highly impressed with the quality of production and the professional way in which the actors played their roles.

“The movie we have just watched vividly portrays how the Nigerian Air Force optimally leverages kinetic as well as non-kinetic air capabilities in attaining victory in the war against terrorism and insurgency.

It also depicts the humanitarian efforts deploy by the military to win the hearts and minds of the victims in the overall national strategic approach in the war.

”I must say that “Eagle Wings” has undoubtedly set a new standard for Nollywood.

“It will also project the image of the Nigerian Air Force far beyond the shores of our great nation, further boosting Nigeria’s international prestige,” he said.

The minister commended the efforts of the military, particularly the Air Force for their contributions to both internal security and off-shore airpower projections, in support of Nigeria’s national interest.

He specifically hailed the Chief of Air Staff for his outstanding leadership and vision as well as his commitment to utilising the media space to enlighten citizens and other stakeholders about the valuable contributions of the Air Force.

He also applauded the production management team for the conceptualization and making of the movie with such a great storyline that reflects the reality in the Nigerian Air Force and the undying determination to succeed.

He urged Nigerians to embrace the culture of supporting the Armed Forces in fighting criminality in the country.

“Our gallant troops daily make a huge sacrifice, including the supreme sacrifice, so that you and I can sleep with our eyes closed.

“I enjoin us all to make use of this movie as a tool of creating awareness in the public about the critical roles, especially of the Air Force, in national security and nation-building,” he said.

Related Topics:Eagle wings
Up Next