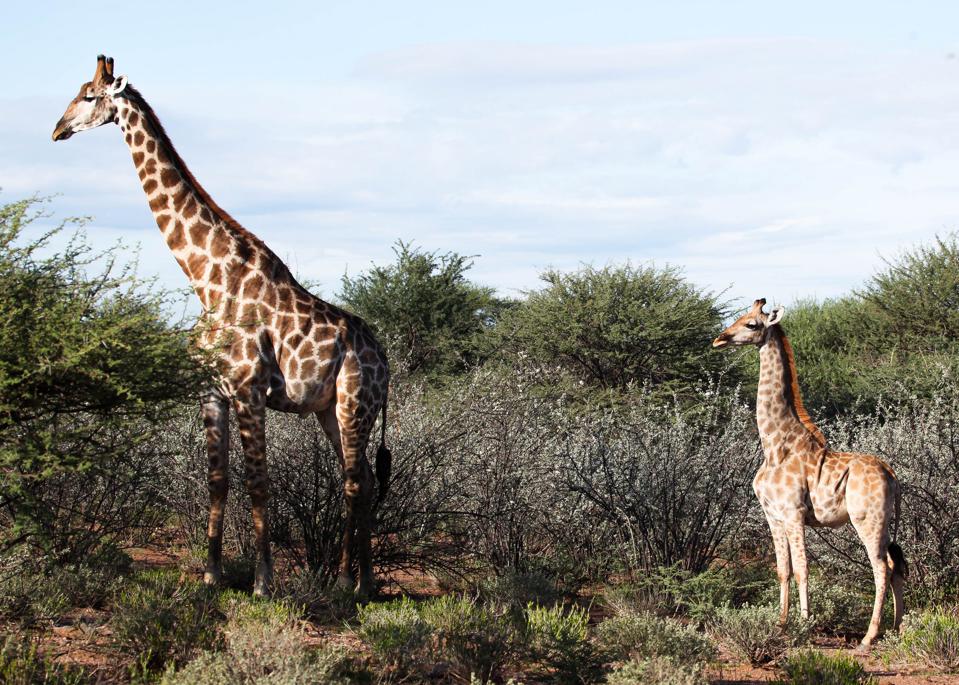 A team of scientists say they have found the first cases of “dwarf” giraffes in Africa – who are half the average size.

Two male giraffes found in separate populations in Namibia and Uganda represent the first documented examples of “dwarf” giraffes, according to the Giraffe Conservation Foundation.

The pair have shorter legs than other giraffes of a similar age.

Scientists spotted them during photographic surveys to determine numbers and distribution of giraffes throughout Africa.

“Instances of wild animals with these types of skeletal dysplasias are extraordinarily rare”, said lead author of the study, conservation biologist Michael Brown, a joint postdoctoral fellow with the Giraffe Conservation Foundation and the Smithsonian Conservation Biology Institute.

“Maybe there is some development aberration that results in differences in bone and cartilage growth.

Dr Brown has studied the interactions between the population ecology and spatial ecology in giraffes and in Grevy’s zebras for a decade.

“It’s another interesting wrinkle in the unique story of giraffe in these diverse ecosystems”, Dr Brown said.

He said the two were over a year old and had survived past the critical stage when they would be vulnerable to predators.