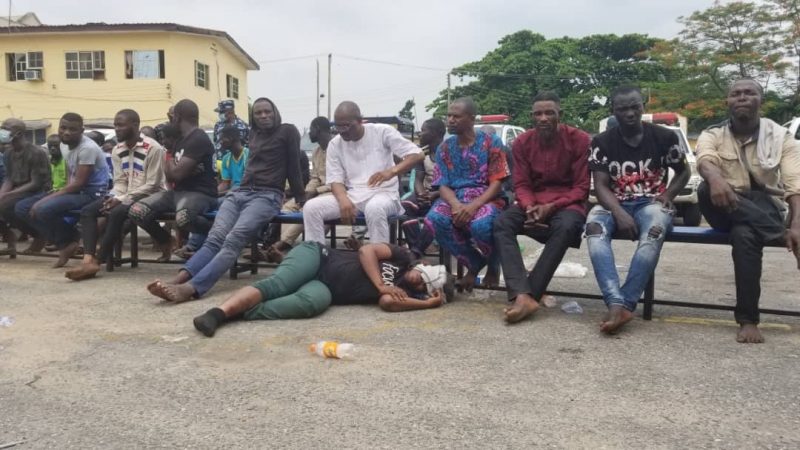 The Department of State Services (DSS) on Sunday asked the Lagos State Police Command to transfer the 49 arrested Yoruba Nation protesters to its custody in Abuja.

Daily Trust reported that a senior DSS official, who asked not to be named, disclosed the secret police want to take custody of the suspects.

Recall that the Yoruba Nation demonstrators had defied police’s warning to stay off the rally, which eventually led to the killing of a 14-year-old girl who was allegedly hit by a stray bullet fired by the police.

The DSS official said: ‘’You know Igboho’s group is among the groups who organised that rally. So, some of his boys may be among those arrested. It’s not out of place if the service widens its investigation by bringing those suspects to the headquarters.’’

According to another official, the police and the DSS are working together to ensure that secessionists in any zone have no room to destabilise Nigeria.

He said: ‘’The security agents won’t allow destabilisation of this country under whatever any guise. We’re working in synergy to ensure that whoever plans to destabilise or break law and order of the country, are dealt with.’’

DSS spokesman, Peter Afunanya, could however not be reached for feedback on the issue.

He neither answered phone calls nor replied SMS messages sent to him seeking clarification.

Eight facts about US Independence Day