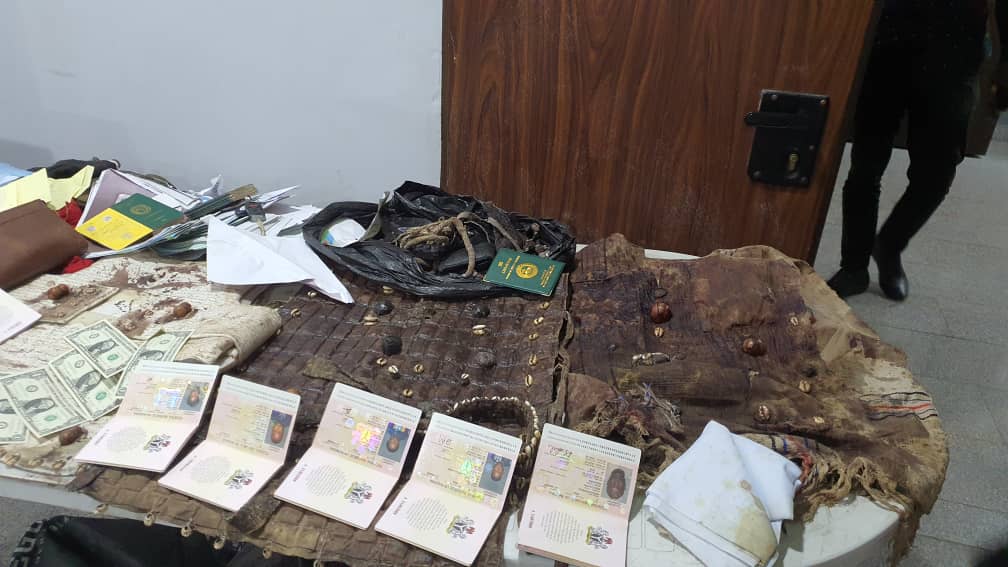 The Department of State Services says it has confiscated the travel passport and German residence permit of Yoruba rights activist, Sunday Igboho following its raid on his Soka home in Oyo State on Thursday.

This was revealed by DSS Public Relations Officer, Dr Peter Afunanya, at a media briefing on Thursday evening in Abuja.

Afunanya who confirmed that the secret police arrested 13 suspects, also justified that the raid, saying the DSS received an intelligence report that Igboho had stockpiled arms in his residence.

But Olayomi Koiki, the spokesman to Sunday Igboho, believed the valuables and monetary exhibits carted away were much more than what the secret police declared.

In a Facebook broadcast that he made early Friday morning, Igboho publicity manager accused the DSS officials of taking more than they displayed during Thursday evening’s parade of suspects arrested in Abuja.

Koiki claimed that the security operatives took millions of naira and jewellery during the raid.

He said, “Chief Sunday Igboho escaped not because he was stronger, but God rescued him.
How will they say that they saw one dollar?

“They can label anyone, but we will not back down. They want Igboho dead. The target was to kill him but they failed,” he said