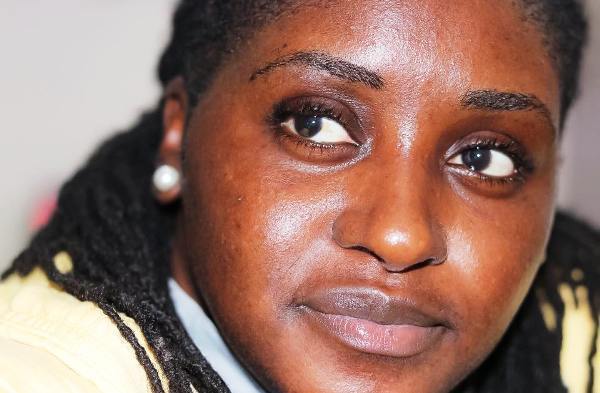 The law forbids any cohabitation between same-sex sexual partners and bans any public show of same-sex amorous relationship.

The SSMPA imposes a 10-year prison sentence on anyone who registers, operates, or participates in gay clubs, societies, and organizations or supports the activities of such organizations.

The bill states that anyone caught in any act of homosexuality will face a jail term of between 10 to 14 years.

Adie said years after Okupe supported such a law that violently harms gay people, his son has now come out to announce he is gay.

With all his experience and exposure as a medical doctor, Doyin Okupe still believes that his son being gay is a “spiritual attack”. Where does one go from here?

Let’s not forget that Doyin Okupe was a senior aide to President Jonathan and vehemently supported him when he signed the SSMPA into law in 2014; a dangerous law that violently harms so many in this country. Now, Okupe’s son has announced that he is gay. I love life!” 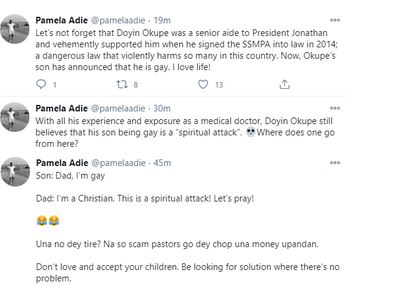