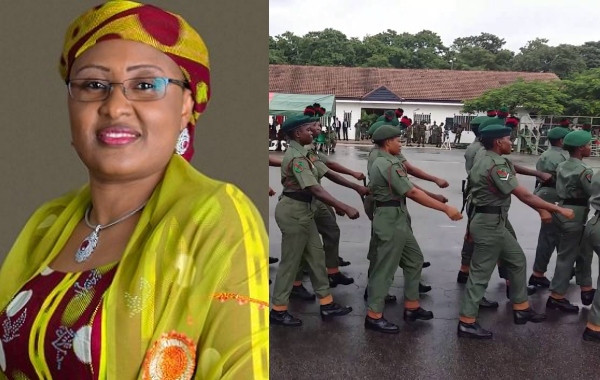 The First Lady of Nigeria, Aisha Buhari, has warned against gender stereotypes against women in uniform, describing such a practice as “psychological oppression” that could affect their career advancement.

Buhari stated this on Wednesday in Abuja, while inaugurating the Gender Policy for the Armed Forces of Nigeria to promote gender mainstreaming in the nation’s armed forces.

The President’s wife, who was represented by the Senior Special Assistant to the President on Women Affairs and Administration, Dr Hajo Sani, attributed the insecurity in the country to the nation’s failure to explore military women’s operational effectiveness.

According to her, there are a good number of reported cases where women were prevented from participating in combat duties, excluding pregnancy or maternity.

She said, “Women are often restricted to careers within the supportive aspect of the military such as finance, human resource, personnel, logistics, medical services, welfare.

“I enjoin the military women to continuously take note of this and take vehement exception to such psychological oppression with the formulation of this policy.

“The security issues bedeviling our country, Nigeria, still abound probably because we are yet to redefine the Armed Forces of Nigeria to explore the potentials of women for operational effectiveness.

“Women possess the traits of patience, perseverance and passion. Because of the emotional build-up of women, we possess the tendency to transmit the same spirit to any task,” she said.