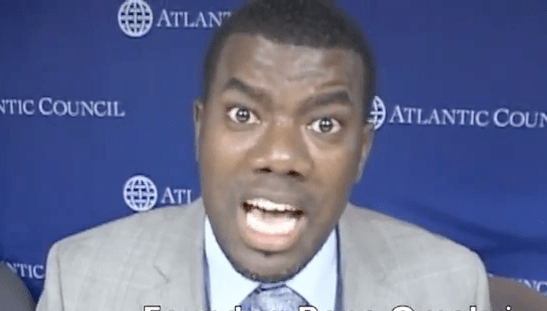 A former presidential aide, Reno Omokri on Friday advised intending couples not to regard their spouses as the last resort if they hope to have a lasting union.

In a series of messages posted via his verified Twitter handle to his 894 thousand followers, the rights activist who served under former President Goodluck Jonathan stressed that seeing one’s spouse as everything is disrespectful to God.

He warned that only God should be held as one’s ‘everything.’

“If you want your marriage to last, never see your spouse as ‘my everything’. It is disrespectful to God and has the effect of taking Him out of your equation, which isn’t in your interest. God is jealous. And He, not your spouse, is your Everything!” Omokri tweeted.

Reacting to his comments, a follower with the username [email protected], questioned his position saying, “If my spouse is not ‘My Everything,’ How come Isaac was comforted when he married Rebecca?”

Another follower, @ideyo2k4eva, however, responded thus, “When your spouse dies nko? What then happens to your ‘everything’? Things that are seen are temporary but those not seen are eternal.”

However, the majority of his followers appeared to be in agreement with him.

@ArojojoyeAdeni4 wrote, “Your knowledge is very deep. In fact, you’re a gift to the whole world. I hope you’re celebrated in a bigger way, like Okonjo, very soon, all over the world. Thank God for gifting us you(sic).”

Another user, @NdifrekeAbasi7 added, “You’re full of Wisdom sir. You must be a God-fearing man. because such wisdom as you possess can only be given by “The only wise God”. I know with all I’ve learned from you, there’s no doubt mistakes won’t be common in the journey of life ahead of me in Christ name.”

In a subsequent tweet on Friday, Omokri who recently named his new baby after ex-President Jonathan advised women to avoid being the architect of their own heartbreaks.

According to Omokri, this can happen when ladies in a relationship presume the man they are dating would marry them when he has not even proposed.

“Dear women, don’t create your own heartbreak through false expectations. If a man you are dating has not promised marriage, don’t assume. Clarify expectations. Ask him point blank after a reasonable period. Be on the same page or you will rage,” he said.