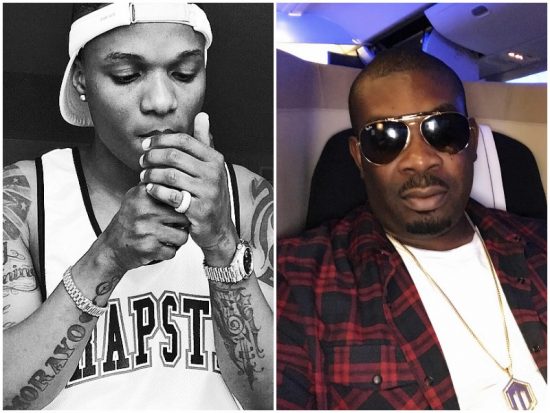 Nigerian music producer and singer, Michael Collins Ajereh aka Don Jazzy, has affirmed his status as a member of Wizkid FC.

He recently threw his weight behind naming the Grammy winner as the African Artiste of The Decade.

The music producer named Wizkid as the African Artiste of The Decade when asked while speaking about the recently concluded Billboard Music Awards.

Recall that Canadian rapper, Aubrey ”Drake” Graham won the Artist of the Decade award at the Billboard Music Awards and took his son, Adonis, with him to the stage to accept the honour.

Sports and entertainment broadcaster, Adesope Olajide, after the BMA, took to Instagram to seek the public’s opinion on which African artiste deserved the title if there was ever an African version of the award.

“Since Billboards awarded Drake the artist of the decade, who will you give that accolade to in African pop culture,” Adesope wrote.

Taking to the comment section, Don Jazzy revealed he’d pick Wizkid as his African Artiste of the Decade. 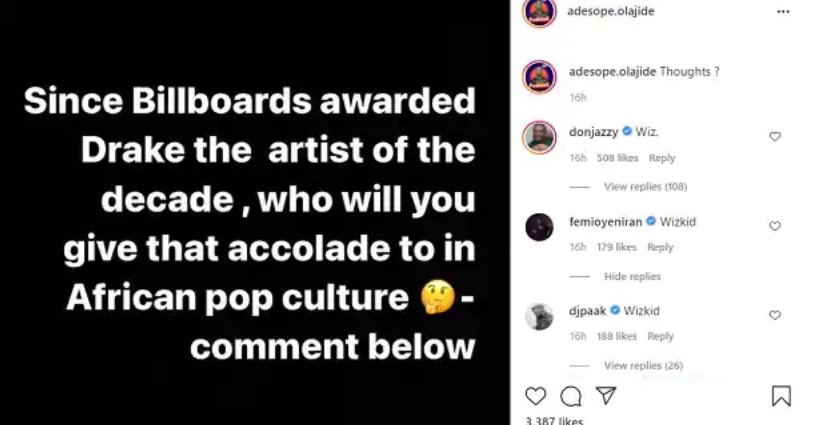