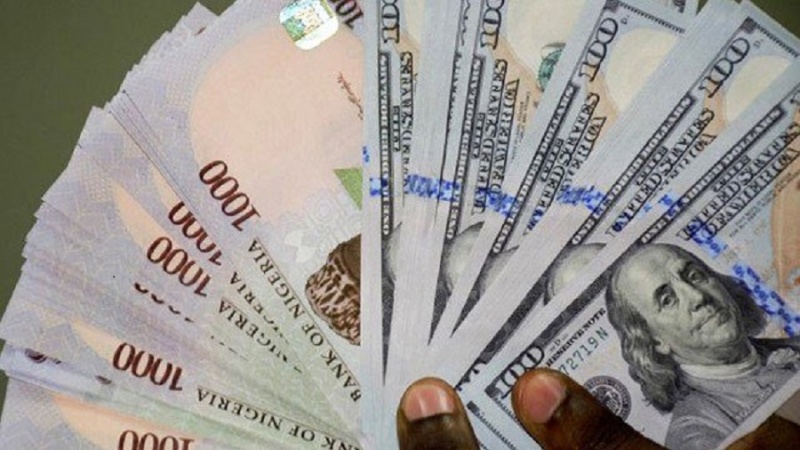 The scarcity of dollars at the parallel market on Tuesday in Lagos forced the Naira down to N480 to a dollar.

Newsmen report that the Pound Sterling and the Euro exchanged at N610 and N550, respectively.

Trading at the investors’ window saw the naira closing at N385.98 to a dollar as investors traded a total of 20.27 million dollars.

The naira, however, was sold at N381 to a dollar at the official Central Bank of Nigeria (CBN) window.

Newsmen report that the apex bank had hitherto relied on the nation’s foreign reserve and the Diaspora remittances in its interventions at the foreign exchange market.

The country depends heavily on petrol dollars to shore up its foreign reserve.

Nigeria is facing one of its biggest dollar crunch in recent years with the impact hurting critical sectors of the economy.

Related Topics:Central Bank of Nigeria (CBN)Nairascarcity of dollars
Up Next

Most women are extremely materialistic, they don’t have dreams- Twitter user