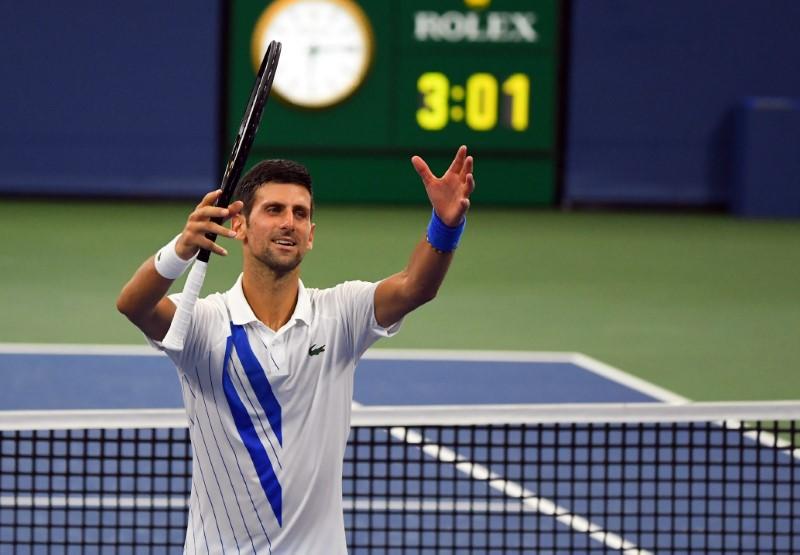 The victory was in the semi-finals of the Western & Southern Open, and it helped him set up a showpiece final match against Canadian Milos Raonic.

The 17-times Grand Slam winner fired off 14 aces to keep his 2020 unbeaten streak alive, extending his record to 22-0 with his latest victory at Flushing Meadows.

The venue is temporary host to the fanless tournament amid the new coronavirus outbreak.

Djokovic has been struggling with a neck injury and received assistance from a tournament physio in the second set.

But he held on to prevail in the third set as his opponent forced the match into a tiebreak.

He will next take on Raonic, who harnessed his monster serve to upset Greek world number six Stefanos Tsitsipas 7-6(5) 6-3 in their semi-final clash.

He launched 12 aces and won 90 per cent of his first serves to earn a spot in his 22nd final.

The Canadian faces long odds to beat Djokovic, who has triumphed in all 10 of their previous meetings.

“I’m moving much better than I definitely have in recent years,” he told reporters. “I’m able to play more on my terms and quicker in the points.”

The pair meet on Saturday in the final of the tune-up event for the U.S. Open, with the Grand Slam starting on Monday.