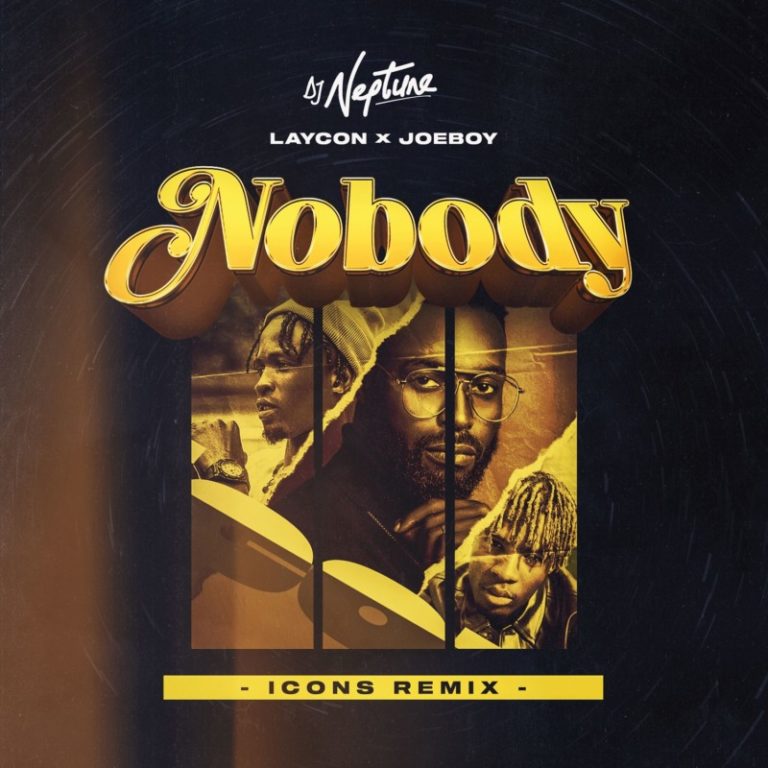 The remix which has been buzzing for a while was finally released on Friday and fans of Laycon, called Icons, have taken to Twitter to share their excitement as well as a review of the Icon king’s bars on the song.

Recall that Laycon who recently won the Lockdown edition of the reality TV show became people’s man with his brilliance and demeanour in the Big Brother house.

He cleared 60 per cent of the votes on the final day of the competition, leaving the likes of Dorathy, Nengi, Neo and Vee to scramble for the remaining 40 per cent.

The 26-year-old who graduated with a second-class upper degree in Philosophy, UNILAG 2015/2016 set walked home with the 85 million grand prize, including N30m cash prize.

Laycon, who song ‘Awa Fierce’ became his fans’ anthem during the show, teamed up with DJ Neptune in his first work after the BBNaija show and his fans can’t seem to get enough of it.

@BBNaijaAnalyst said, “Heavenly Father, I apologize for starting my morning listening to Nobody iCONs Remix by Laycon Joeboy and DJ Neptune. I am so sorry. Maaaaaaaad Jam!!!! On Repeat!!!!!”

In a subsequent tweet, @BBNaijaAnalyst told Twitter landlord, Jack Dorsey that Laycon’s account needs to be verified, “Hi @jack, what are the requirements for verification of an account? @itsLaycon (Nigeria’s fastest-growing account on all platforms) is being widely impersonated. If there are required steps to take to verify him, please point us at them. Thanks Sir. #DjNeptuneXJoeboyXLaycon”

@beautyfullcrown, tweeted, “NOBODY remix is FIERCE and deserve some ACCOLADES…. iCONs join me in shouting HIP HOP HURRAY with SENSELESS steps.”

Another user, @TheHypeQueen said, “Streaming #NobodyIconRemix first thing in the morning is like food for the soul!!! Laycon actually did that! He did the damn thing!!!! … Laycon is not on the BBN level!!! He’s higher! We’re talking superstar level! Worldwide topping charts table level! Grammy award-winning level, that should be our aim! Don’t compare him to others!”

@ThatUrhoboGurl added, “I slept and woke up to my baby’s audio. Is bn on repeat since I woke up @itsLaycon I love you so much. This is a banger…. That second verse…….I Dey wait you for airport #DjNeptuneXJoeboyXLaycon“